The Nintendo 3DS was made available in Japan at the end of last month, and we reported that sales looked very healthy. But will not be available to those in Europe and the U.S. until the end of the month. However, that has not stopped the guys from iFixit getting their hands on one and then doing what they do best — a teardown.

The results of them taking apart the 3DS were not good for two reason, it only has a 5 out of 10 repairability and if you do proceed to take the entire device apart, then chances are you will destroy it. It seems that the top part of the portable games console was very hard to access, as the moment they went to take the top display apart things took a turn for the worse. 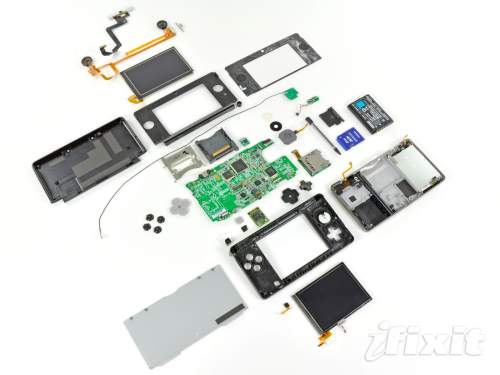 The reason for this is because of the cables that are all twisted and makes it hard for you to gain access; as they went on a few ribbon cables got snapped in the process. iFixit say that this is due to them being assembled by robots. So unless you have a robot handy, then we would suggest that you do not try this teardown for yourself — doing so will lead to your new Nintendo 3DS sitting in the corner collecting dust. 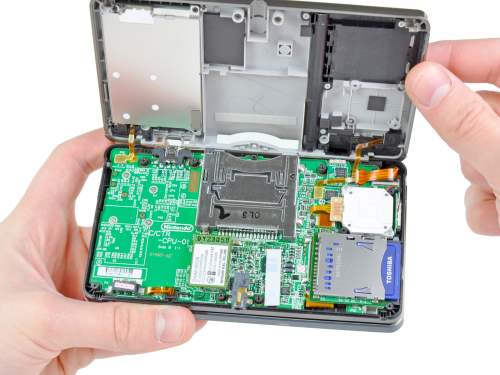 The team was a little concerned with the 3D effect itself when one employee had an issue with seeing the 3D effect. We have to wonder if anyone else believes that the screen does not do what it is meant to do? There certainly seems a lot to this device than we all assumed, and it is only when you read the full teardown from iFixit that you get an understanding of this. 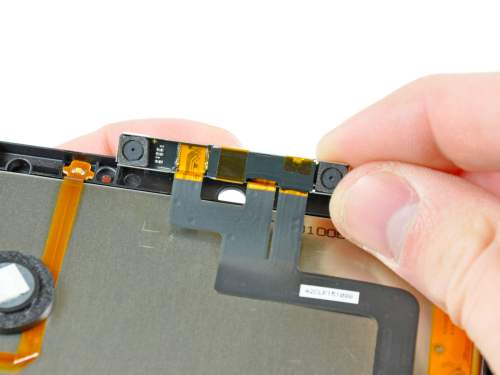 Do you think that the Nintendo 3DS will be as what the company says it is?