With the Auto Expo 2014 now in its second day for press, India has been getting an early glimpse into what auto manufacturers have planned for the future. One such company is Tata Motors, who has been showing off two concept cars, the Nexon and ConnectNext.

Most of the world only knows Tata for its small, cheap car, but they are far more than that, especially when you consider that they own Land Rover and Jaguar. Anyway, back to those Auto Expo 2014 concept cars.

The Tata Nexon concept is based on a compact SUV and you will be able to notice its fresh design that looks to be a new direction for the company. Tata say that a 1.2-liter turbo engine, which should produce about 83 horsepower, will power the production version of this vehicle. However, they did hint that a more-powerful 2.2 diesel engine could make its way into the new model as well. 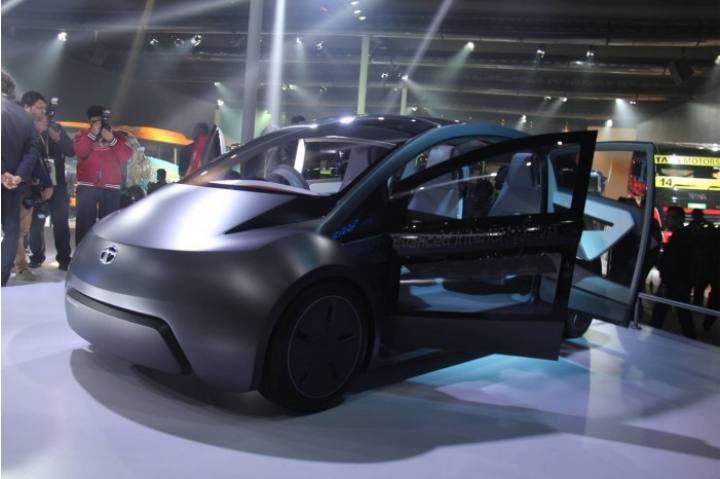 We said that Tata showcased two concept cars yesterday, and that second one was the ConnectNext, which is miles apart in terms of design and technology compared to that of the Nexon.

While the Nexon is more likely to be released very soon, this is not the case with the ConnectNext. It’s a very ambitious design and will stay a concept idea for a long time, and once it does finally make it to production it will look very different.

The ConnectNext is based on a MPV/van design and seeing as though it is more of a futuristic vehicle comes packed with gadgets, all of which allows the driver to become more connected to his or her car with the use of Human Machine Interface.

If you think that voice command has come a long way and as such gives the driver more control over a vehicle, then HMI will blow you away with the commands that can be performed. However, it’s great in theory, but putting it into practice will be a challenge for Tata.