An inventive shooting game has recently been released for owners of the iPad, and lets players shoot things off the head of well known characters.

Shoot The Apple 1.0 is a game which all ages can enjoy as you take aim at apples and other objects. The game is light on violence but heavy on excitement, as you take aim at objects held or balanced on top of their heads. There are many characters from celebrities, political characters, and famous fictional characters that all have the job of holding the objects for you to fire at.

Structured in an arcade style shooting gallery, players progress through a set of levels which get more challenging as they go on. To make it even more difficult players only have a small amount of ammunition to use, so be careful not to miss. 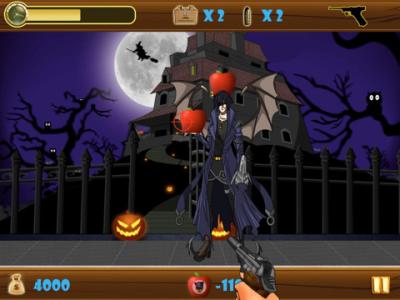 Players can shoot various bonuses to earn extra ammunition, time, and score extra points. There is a special bomb which can blast every apple in a level in one go. As players progress special weapons can be unlocked as they try and become the ultimate marksman.

To take aim players just tilt the iPad to move the crosshairs before shooting with a single button. There is no graphic violence; if you miss and hit one of the games characters they just look shocked or surprised. 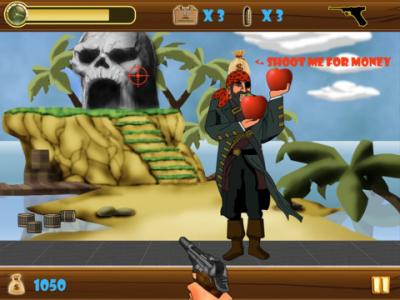