We finally have a date to share, with NetherRealm now letting players know the confirmed Tanya release date for Mortal Kombat X.

Previously, Ed Boon let everyone know that Tanya would be out early June. Well now we can reveal that the date is going to be June 2 for those that have the Kombat Pack.

For those that don’t have the Kombat Pack, you’ll need to know that the release will be one week later on June 9. Ed Boon has confirmed the news in his latest Tweet below, so now is the time to get excited about the next character on the way. 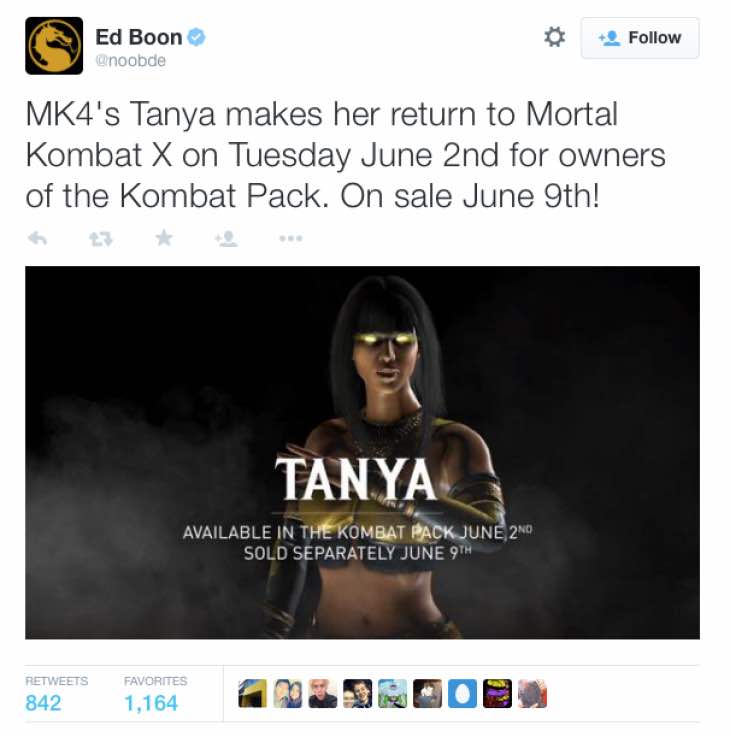 Once Tanya is out, then attention will switch to the Predator and that’s when things will get really exciting. For now though, we are expecting to see some Tanya MKX gameplay before the end of the week, showing off her fatalities and brutalities in the game as a preview before her release.

Don’t forget that Tanya’s arrival should also mean that the next MKX patch is ready – which should be the 1.06 update on PS4 and Xbox One.

It also means that we could be getting another free klassic skin and we’ve already spoke about how fans want to see klassic Ermac in MKX next.

Are you excited for Tanya’s release?