The Tango app got an update on Android on April 22, and now the iPhone app also has the same update with similar improvements, although this only went live on April 28. As a result, the free messaging app has now been made even better and so becomes an even greater rival to its competitors.

In this latest Tango app update for the iPhone and Android devices you will now be able to post text updates, as well as songs and videos to the News Feed. You also have the ability to find new friends by location direct from the map.

That is not all, as the Tango Text, Voice & Video version 3.6.84179 for iOS and the latest version for Android will now let you meet new friends thanks to the Shake feature. All you need to do is shake your phone and then the app will allow you to meet new friends.

Finally, the last feature now allows you to unlike a photo or status that you have already liked. These are not great updates by themselves, but bring them all together and Tango has become an even better app for it. 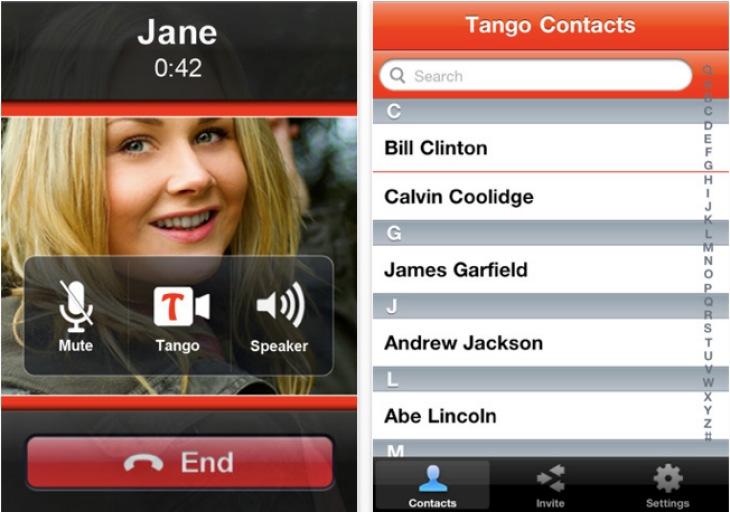 We do worry that since the Android version of Tango Text, Voice & Video was updated there have been a few glitches, some users are having trouble starting the app, whereas others with the Galaxy S5 are unable to enjoy a video call because the camera stays black.

If the developer were able to get on top of these two issues, then the Tango app would be all the better for it, so let us hope another Android update comes sooner rather than later.