It’s more than likely that you already heard the Takata airbag recall news circulating today, which reveals new figures taking the number of cars recalled involving the company to 34 million. This makes it the largest auto recall in history, but has also heightened interest by car owners wondering if their vehicle is involved after this latest update in May 2015.

In fact, Product Reviews has seen an increase in searches to older news about the Honda airbag recall list and checking by VIN. This revealed to us that people are worried today after hearing the news, also an additional 16,000 Honda vehicles recalled today in New Zealand due to faulty airbags, and this information is supported by messages published on Twitter, Facebook, and blogs. This news follows further developments around a week ago in regard to Toyota and Nissan updating their recall list. 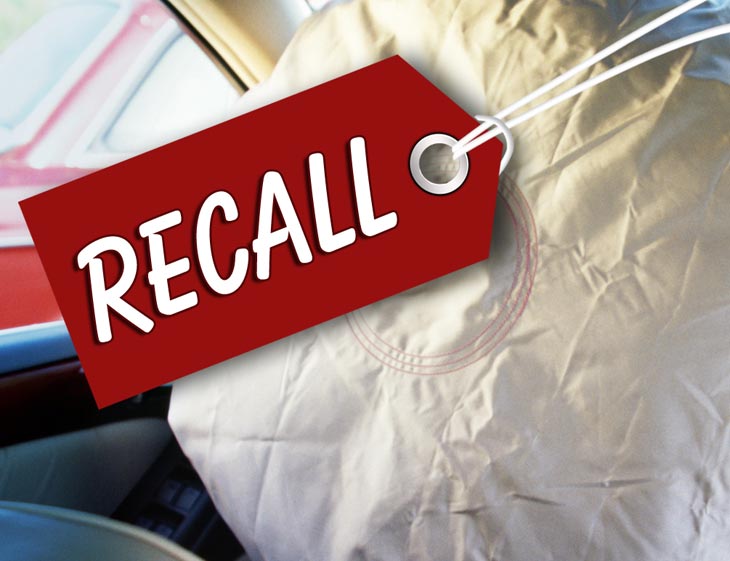 The latest update – Takata is known as one of the largest suppliers of airbags, and this week they finally admitted they sold defective airbags and agreed to raise the number of recalls in the United States to a staggering 34 million. The fault has been well documented with shrapnel being sent flying into the car in the most extreme situations. Everything changed when Takata acknowledged their airbags have been defective.

What happens next in 2015 for Takata’s airbag recall? While this acknowledgment is a massive step forward, it will likely be many months before enough replacement inflators can be manufactured for a recall this large. There will be problems getting all cars fixed, and it will likely take even longer for people to trust the likes of Takata once again.

Takata’s going to work closely now with NHTSA and customers to speed up the process. Honda is known to be the automaker impacted the most, so check the official Safer Car site to see if your car is involved in the Takata airbag recall. Further updates will come throughout May and June 2015.

Honda will also be looking at this latest announcement to see what new recall measures will be needed, although work has already started to source other suppliers for replacement airbags. Are you happy that Takata has taken this action to expanded the recall to 34m, or is this too late in your opinion?

Recall databases updated for Takata airbag revision in May 2015 – We have seen a few VIN check databases receiving an update on May 20, or 19th, which include BMW USA, Toyota’s lookup tool for safety recalls, Subaru, Mazda USA, and Honda for updated VIN-specific recall information.