Having just covered the Mobile World Congress for another year one device stuck out, and to us seemed like tablet stupidity. The device that we are talking about is the ViewSonic ViewPad 4, and being classed as a tablet seems laughable. Maybe they should look at what Apple is doing; the iPad 2 and iPhone 5 release is not that long away and they seem to have size simplicity.

The iPad 2, which is now said to be finalized is a tablet for a good reason, it has a nice size screen and will never be confused with a smartphone. However, we have to warn that the release of the new iPad might be delayed and could be launched alongside the iPhone 5.

Speaking of the iPhone, its screen is not that much smaller than the 4.1-inch display on the ViewPad 4. When we watched Sky News coverage of MWC 2011, James Coulson from ViewSonic was adamant that their new device was in fact a tablet; so how come in the video below he now says that it is a smartphone and tablet and that it is down to the consumer to decide what to call it? 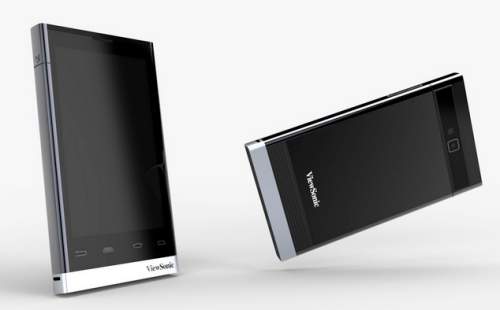 You can never say that about Steve Jobs, he knows that his tablet will always be around the 10-inch mark — even though there have been rumors of a 7-inch model. This is something that Jobs has always said will never happen. Apple knows that size matters, and they know the distinction between a smartphone, media player and a tablet. This is Apple keeping it simple; just wish other companies did the same.

We do not want to come across as Apple lovers here, but anything smaller than the iPad should not be classed as a tablet. Having used the smaller Samsung Galaxy Tab I can say that it becomes a bit of a chore when trying to run certain tasks. Yes this is also an issue with the iPad, but nowhere near as bad.

Surely we were not the only ones who thought that the idea of a 4-inch device being classed as a tablet is laughable?