Earlier this month we told you that the T-Mobile BlackBerry Bold 9900 was seemingly headed for an August 31 release date, however we had no idea regarding pricing, well today we have some officially information which was recently announced by T-Mobile.

As previously stated the Bold 9900 will be available from T-Mobile USA on the last day of August, as you probably guessed it does not come cheaply in fact even after a $50 mail-in rebate it will cost you $299.99 as part of a two-year deal. T-Mobile does not mention NFC anywhere in the press release, which suggests that a software block is currently hampering this neat new feature (you can read more about this here), perhaps a future software update will change this.. 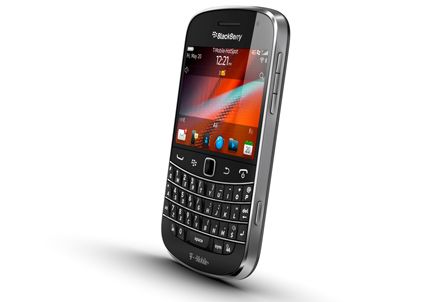 After checking out T-Mobile USA’s current list of smartphone offerings we have to say that the $299.99 price tag seems very high, perhaps this price will receive an online discount as we would prefer to save $100 and buy the HTC Sensation 4G or the myTouch 4G Slide instead – that said we love the Bold 9900, but its price could be its downfall.

You can find out more about the upcoming release over at IntoMobile, we think that Marinperez’s comment sums things up “Beautiful device but too expensive” – do you agree?