Every now and then developers send us Xbox 360 downloadable titles to test out, last week we received Swarm, this game has been developed by Hothead Games and is available for both Xbox 360 and PS3.

Having never heard of the game before I decided to play it without researching any information about the game, I must admit for the first time 10 minutes I really did not understand exactly what I was doing, however it all became clear later on.

When you start the game you see that you have a world map to play through, here you see that there are 10 stages to complete, however you need to achieve a certain score on a stage to unlock the next, it sounds simple, but believe me it is sometimes hard to reach the score necessary, it’s all about keeping your multiplier going. 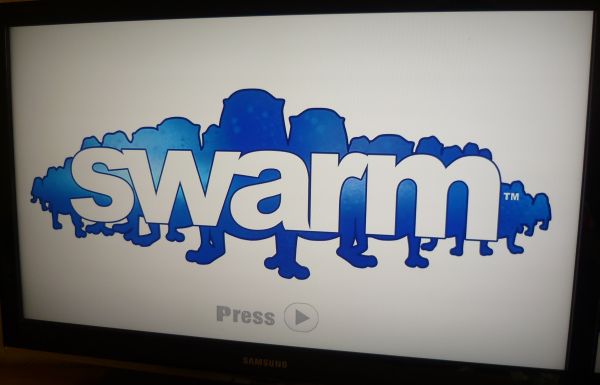 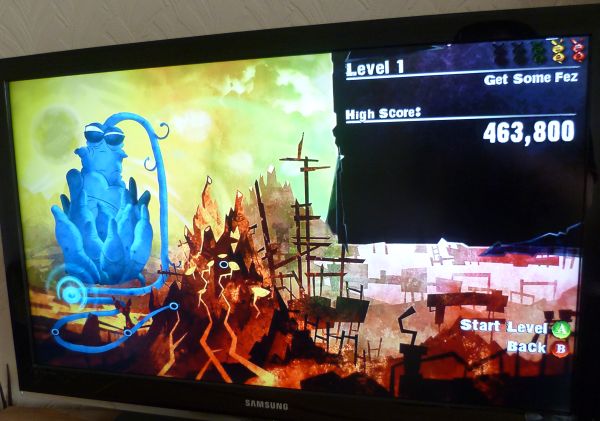 The game’s controls are easy to pick up and play, but pretty tricky to master. Your left analog stick moves the swarmites, the right trigger bunches your swarmites together and the left trigger spreads them out. Pressing ‘A’ makes your swarmite jump and pressing ‘B’ allows your swarmites to interact, throughout your journey you will learn how to combine these commands to smash through objects and even stack your swarmites on top of eachother. 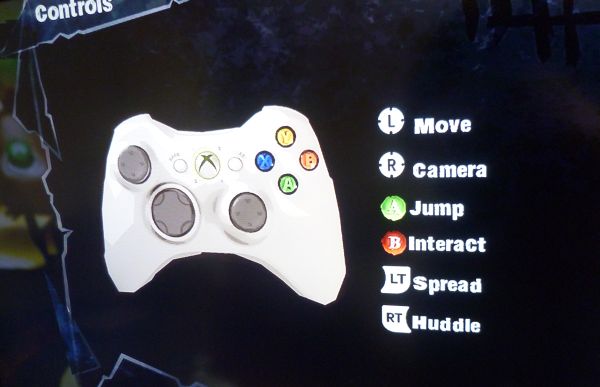 Hidden on each level are five DNA strands, if you collect 15 of these in total you unlock the Fire Boss and if you collect 30 of these you unlock the Hat Boss, defeating these bosses should help you to climb the leaderboards, the leaderboard system also ensures that you will come back and reattempt a completed level (just like you do in Trials HD). 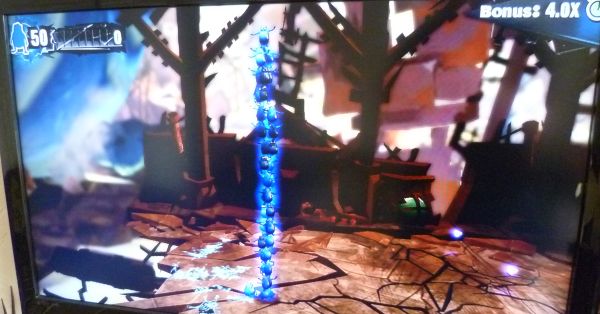 As previously mentioned you must ensure that at least one swarmite stays alive throughout, this sounds hard, however there are swarmite generators placed on the map which top up your swarmites to 50 again, also there are checkpoints throughout. 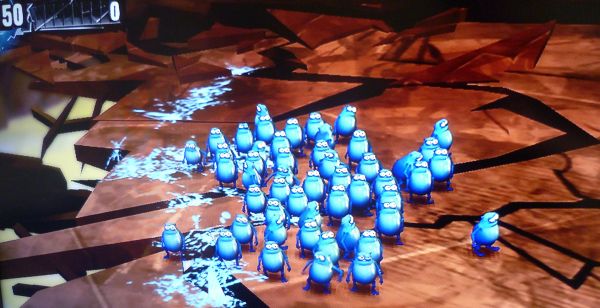 In terms of sound there is nothing to rave about, the sounds are adequate and there are some nice sound effects you come across when your swarmites go flying across the screen, the background music is a bit repetitive but it doesn’t get too annoying.

As for graphics the game has the standard of graphics we expect from an arcade game, nothing amazing but nothing too shoddy either, personally I found the visuals a bit dark, but apart from that everything is fine.

There are quite a few things which will keep you playing Swarm, firstly the previously mentioned leaderboard which allows you to battle it out with your friends, secondly there are death medals to collect and finally there are 12 achievements to earn.

In my opinion Swarm offers truly unique gameplay which has real lasting appeal, there is a trial on Xbox Live which you can download, or you can buy it for 1200 Microsoft Points here, give the demo a try and if you enjoy it why not check out the full game?