Something that hasn’t been tested too often is the idea of having your phone looking like something else. We have reported similar things to you in the past but have any been as fashionable as this? Swatch are a UK based company that has begun manufacturing the watch phone, and I have to say it has a pretty cool design. 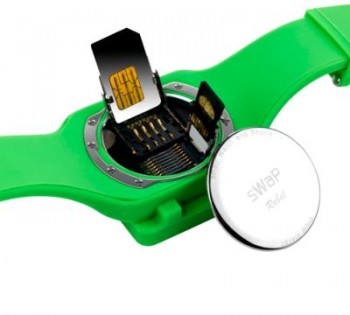 It looks like it comes in a variety of bright colors to keep you interested, it doesn’t necessarily have the greatest specs for a phone but being that size would you expect it to have? Lets have a look and see what it’s got. The screen is a 1.46” color touch screen with 176 x 132 pixels, it has a built in camera complete with video recording capabilities. The storage is 128MB with 32MB being used by the OS but the option to expand up to 8GB using the microSD slot. 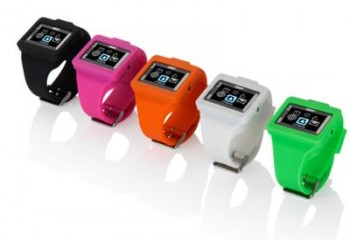 A feature this watch phone has though that may put people off is the silicon straps, personally I find them a little uncomfortable so stick with my gold watch and how the heck would you text on one let alone take a video. One of the things that I do like about it is the Bluetooth connectivity and being able to stream between your wrist phone and your headset, meaning you can listen to music as well as making and taking calls. It also has a USB stick in the end of the strap so you can connect it up with your PC. 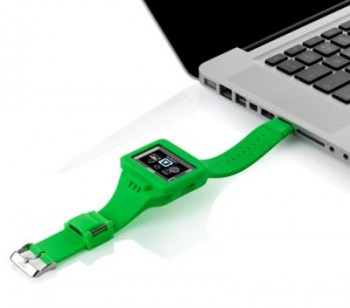 You can read into them more from their official website here and even order one as well as following them on Facebook here. Engadget.com’s Sean Hollister has written an article on this which also includes the press release so make sure you have a read of it.

We have included below a few videos of other watch phones but what do you think about them? Is there a market for them and would you get one? Let us know in the comments below.