Up until a fortnight ago, I naively believed that Swann were solely involved with the security market, and thought that they specialised only in CCTV and alarm systems. That was until the Swann Sky Duel remote control helicopter set arrived on my desk for review. Intrigued and excited I soon set about putting the helicopters to the test, and to be honest had a huge amount of fun along the way. 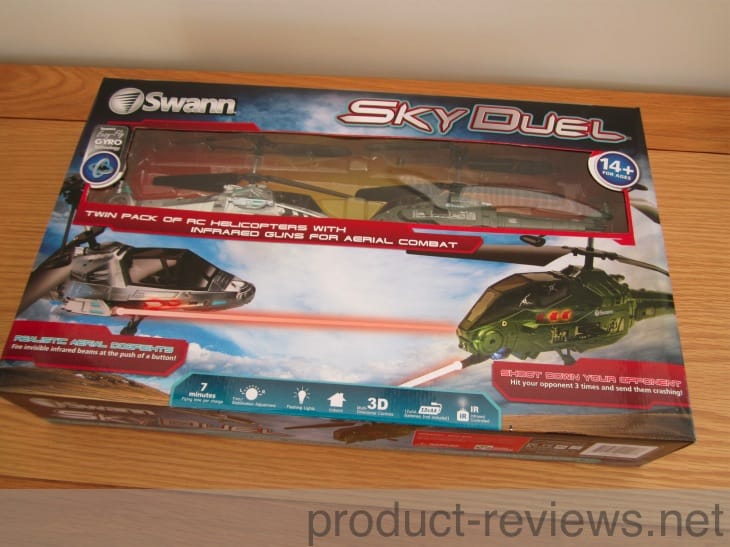 The packaging gives hints to the enjoyment that can be had with the Sky Duel, but there is nothing like getting hands on with something to really find out the whole truth. 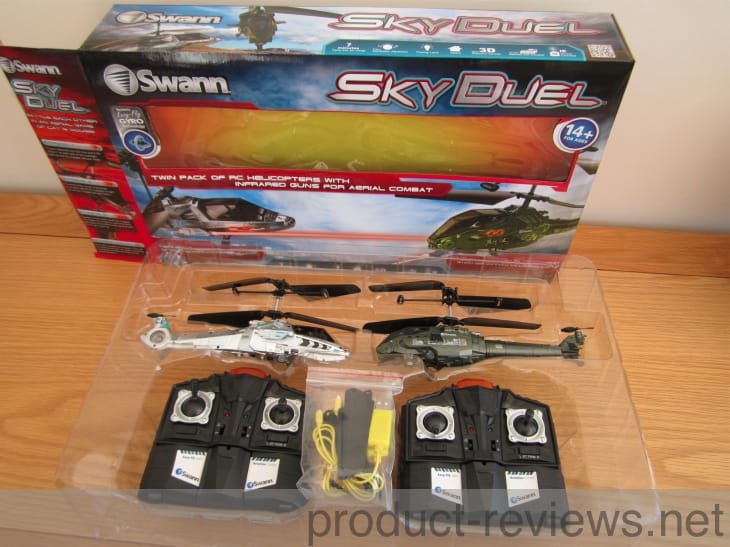 Small remote control helicopters have been around for a while now and come in many shapes and sizes, the beauty of this product is that there are 2 helicopters equipped with Infrared guns, meaning you and your friends can carry out real life mid-air dogfights. 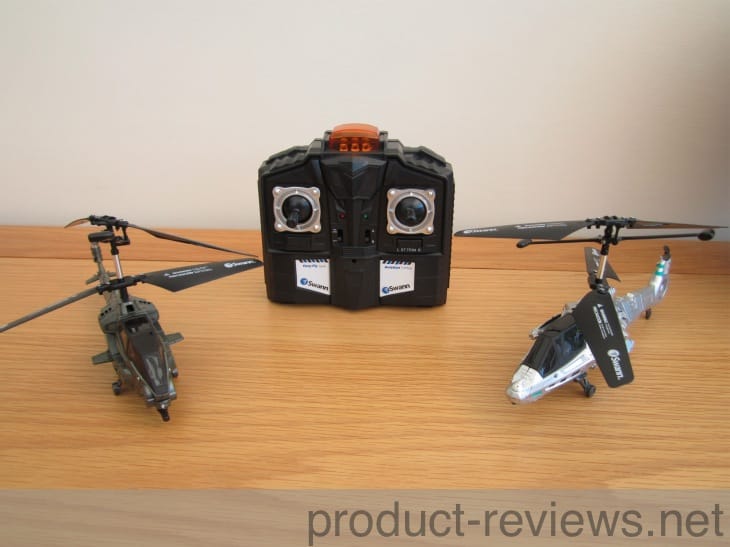 The box contains the 2 helicopters and the necessary controllers for each of the choppers and individual landing pads. Charging leads, a screwdriver and worryingly spare rotor blades are also included; I was hoping they wouldn’t be needed. The helicopters, as well as being finished in different colors, also feature different military designs, one with a glowing gun barrel on the nose and the other an illuminated tail rotor. 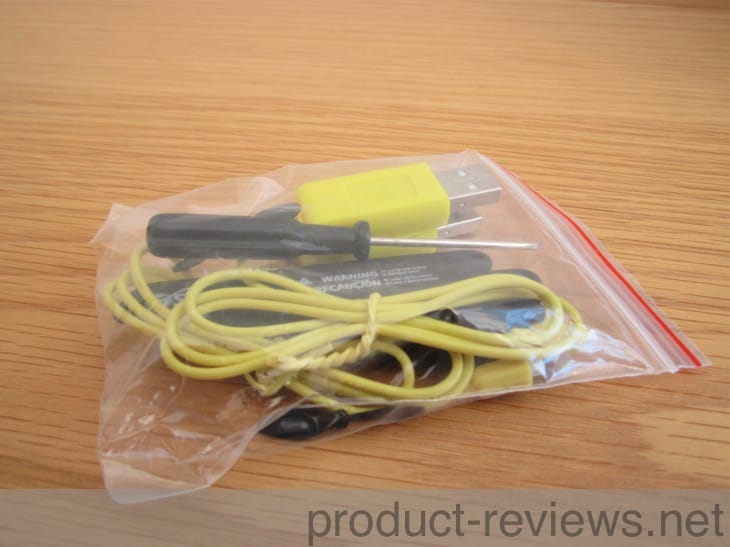 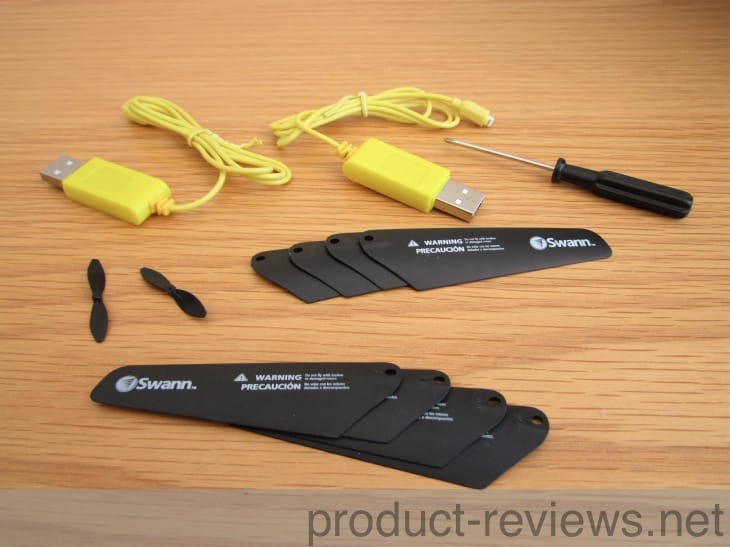 After frantically unpacking, like a spoilt kid at Christmas, and after skimming the instructions it soon became apparent that I wasn’t going to get play with the choppers in any great hurry. Firstly I had to find 12 AA batteries for the controllers (six in each) and I also had to charge the helicopters ready for flight. There are 2 options for charging the helicopters; neither of them is particularly quick. You can either plug the helicopters into each controller and use the AA batteries inside the controller to charge the choppers, or by plugging the helicopters into your computers USB ports. Charging times vary between 45 — 60 minutes each time, whilst the flight time is a meagre 7 minutes. 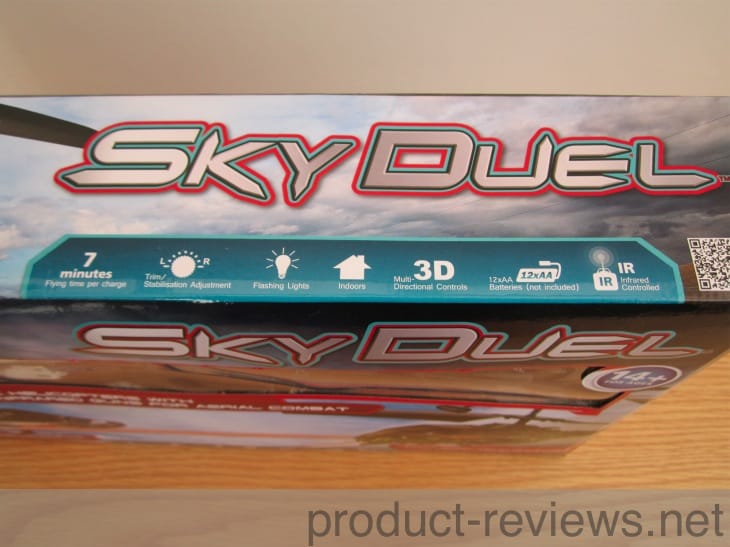 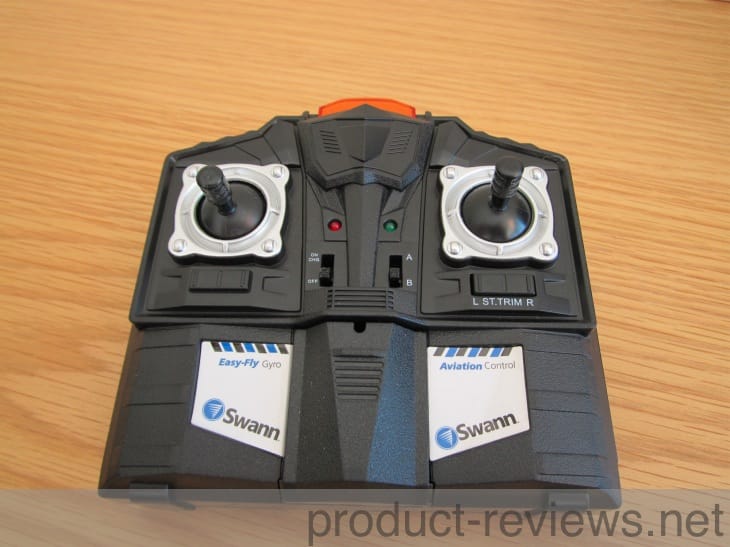 Flying the helicopters is a tricky business and certainly takes some getting used too. Crashes are inevitable and a location should be chosen that is free from breakables and with plenty of room for those maiden flights. My wife is pretty unimpressed with the marks left on our walls by the rotor blades through my initial clumsiness. Although difficult to master, the controls are pretty intuitive, the left joystick moving forward and back to control the speed of the rotor blades and the right joystick controlling forwards and backwards movement and steering. 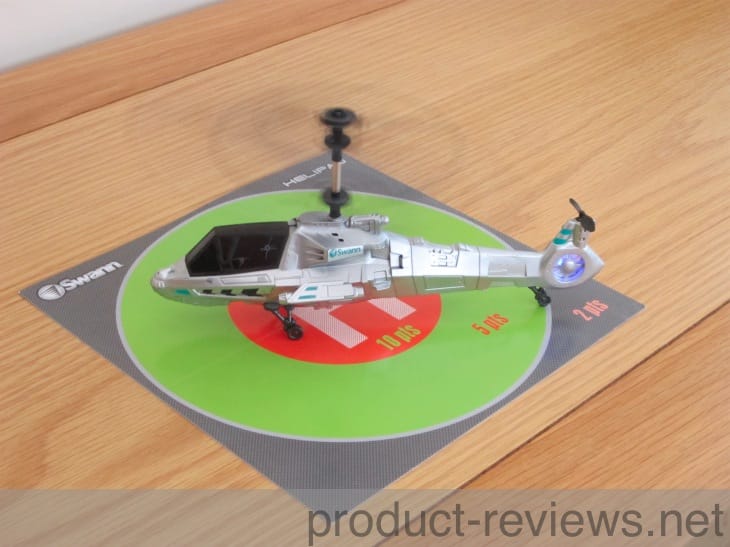 Both controllers feature trim control for fine tuning the rotor blades speed and ensuring the helicopters fly in a straight line and prevents drifting to the left or right. 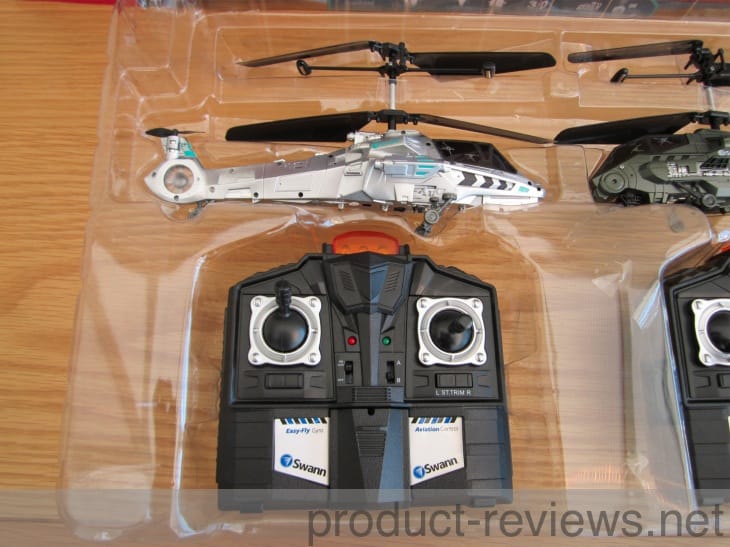 Whilst flying the helicopters is a lot of fun and involves some real concentration, the whole point of them is to enjoy some mid-air battles and to try to take down an opponent using the onboard Infrared cannons. With the help of a PR colleague we soon took to the sky to dual to the death and we had a lot of laughs in the process. 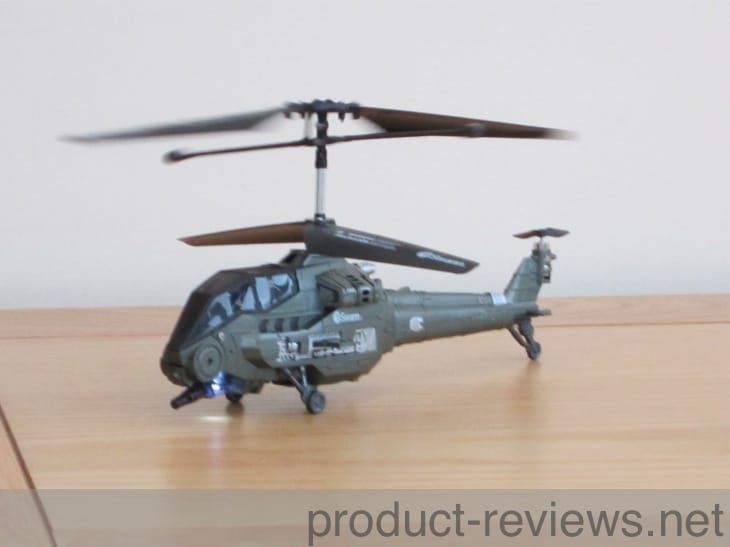 The weapons are fired using a button mounted on the front of the controller on the right hand side. This is similar to most game controllers and just requires a gentle tap to send an IR pulse at your opponent. There is a satisfying missile launch sound from the controller and the LEDs on the side of the chopper flash to signal the guns fire. 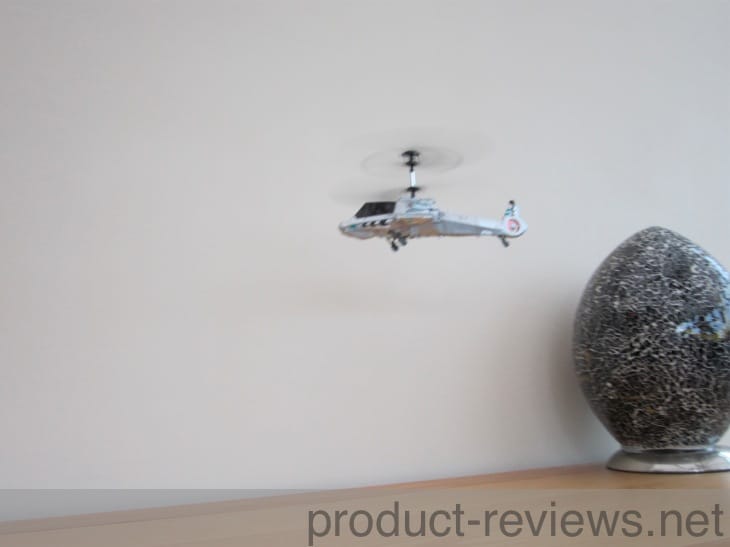 Each helicopter has 3 lives and these lives are indicated by 3 LEDs on the side of the chopper below the front windows. If your helicopter is struck by an opponents missile one of the LEDs is extinguished and at the same time as the missile strikes, your helicopter enters into an out of control spin. On the third direct missile strike, all the LED lights go out and you are able to remain in flight and fighting, but should you be hit again, the helicopter enters an uncontrollable spin and falls to the ground gently, indicating you are “killed in action”. 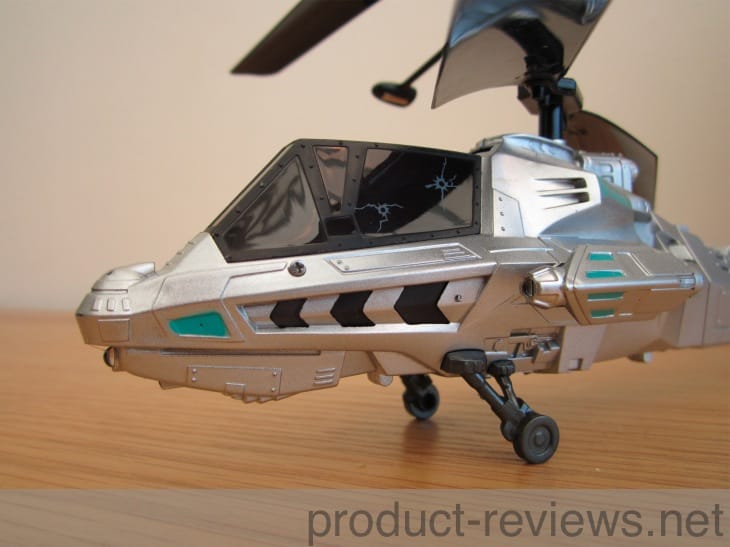 After playing with the Swann Sky Duel for a week or so, I am pleased to say it is a lot of fun and far more hardwearing than I was expecting. The initial few flights saw me bouncing helicopters of the walls, ceiling and the dog and some of the crashes were pretty intense, but these little helicopters are incredibly robust. They certainly bounce well and are capable of taking some pretty hard knocks. The learning curve is extremely steep and at first it is quite frustrating developing the required finesse to be able to control the choppers with any skill, but before long hovering and swooping becomes quite natural. 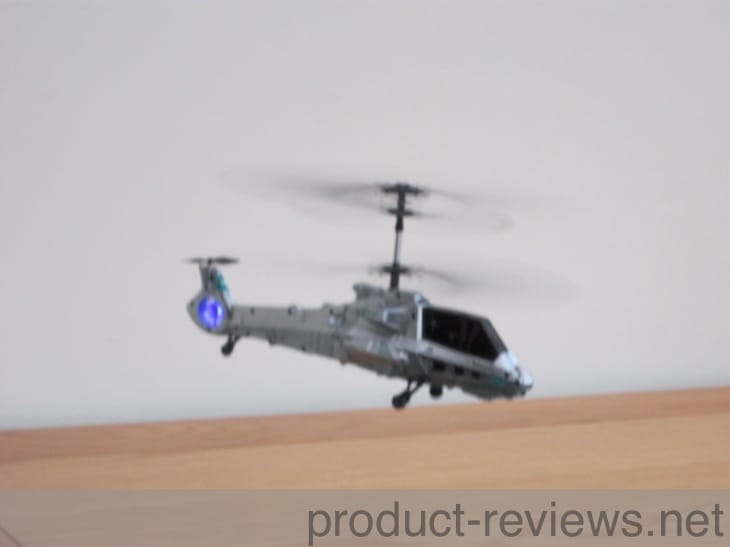 Swann recommend that Sky Duel is not suitable for children under the age of 14 and before getting hands on I thought that was a bit over the top, but now tend to agree with the manufacturers. These helicopters, although robust, are certainly not designed to be flown full tilt into the ceiling and have some pretty delicate parts to them, careless and over eager little hands could easily cause terminal damage. 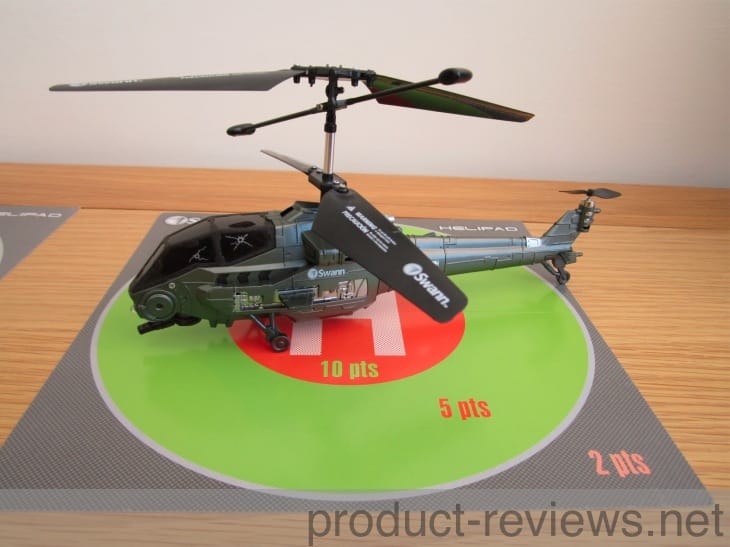 The two helicopters look great and I like the fact that Swann have chosen to include 2 different designs, it would have been very easy to use the same model with a different paint job or decal set. The bullet holes in the windows are a nice touch. 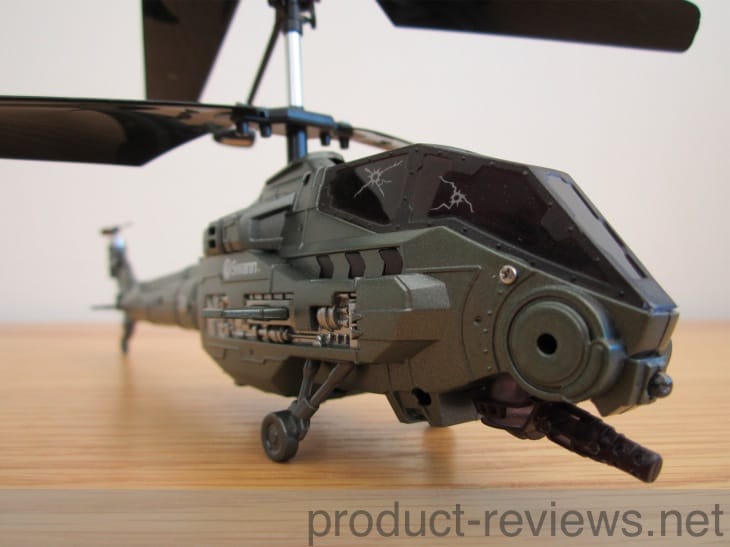 Also included within the packaging are a couple of landing pads, that you can use to hone your skills in the art of taking off and landing without mishaps. 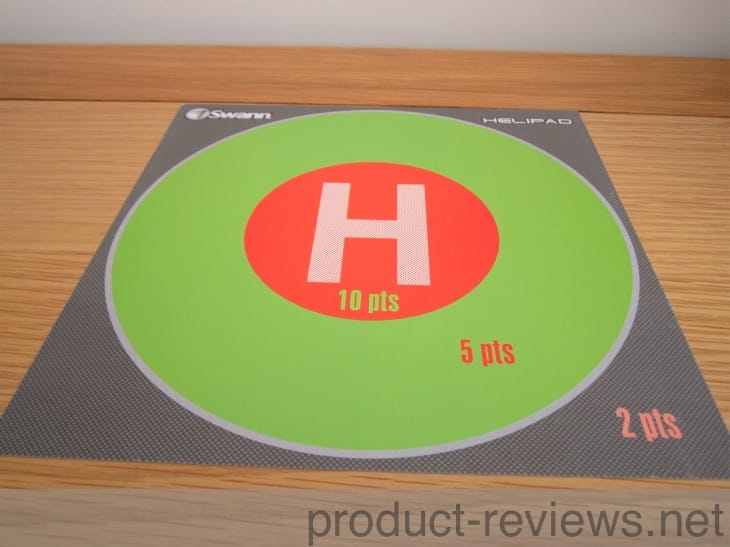 Although I have had a great deal of pleasure from the Sky Duel there are a couple of points I think are worth noting. It is a shame that the helicopters aren’t ready to fly from straight out the box, the charge time seems like an age when you are frothing to get flying. The 12 AA batteries that have to be found is also annoying and could get expensive after a while as Swann do not recommend using rechargeable batteries. I also found the charging lead plugs to be small and fiddly and wonder how robust they will be after a lot of regular use. The 7 minute flying time from a full charge never seems quite long enough either. 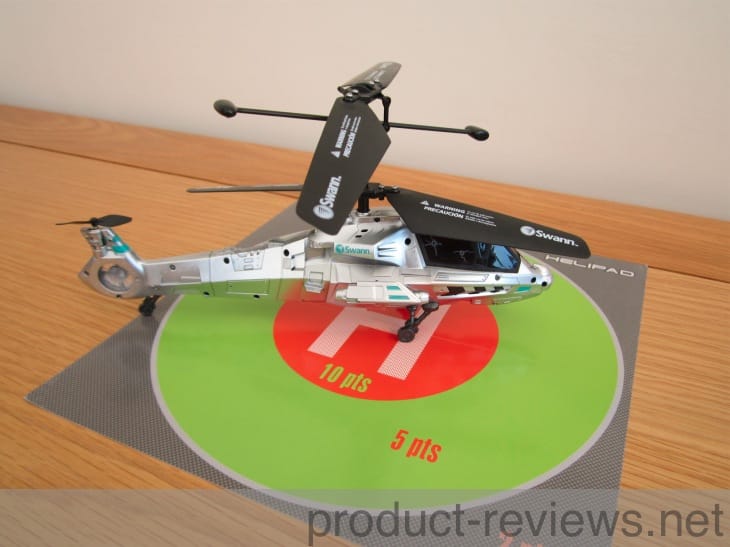 However these small negative points can’t detract that the Sky Duel is a joy to play with and good fun to lay down a challenge to your friends. The Sky Duel is available to buy for $79.99 and to purchase or for more information, diagrams and specifications check out he Swann website here. 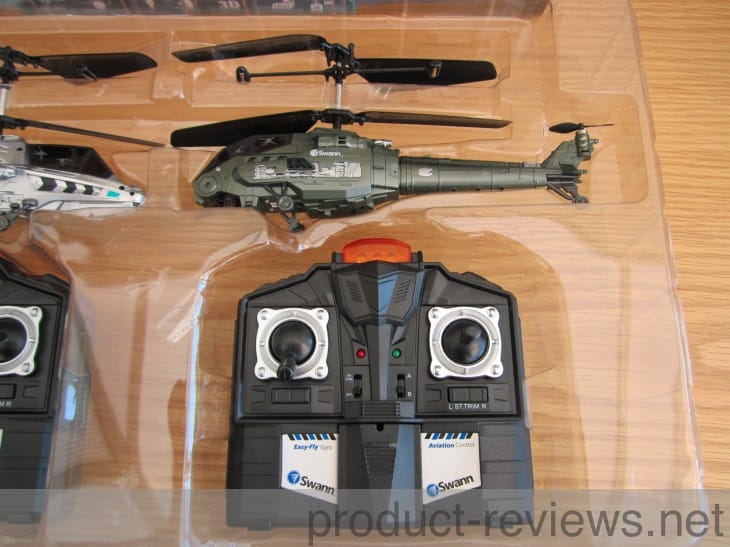 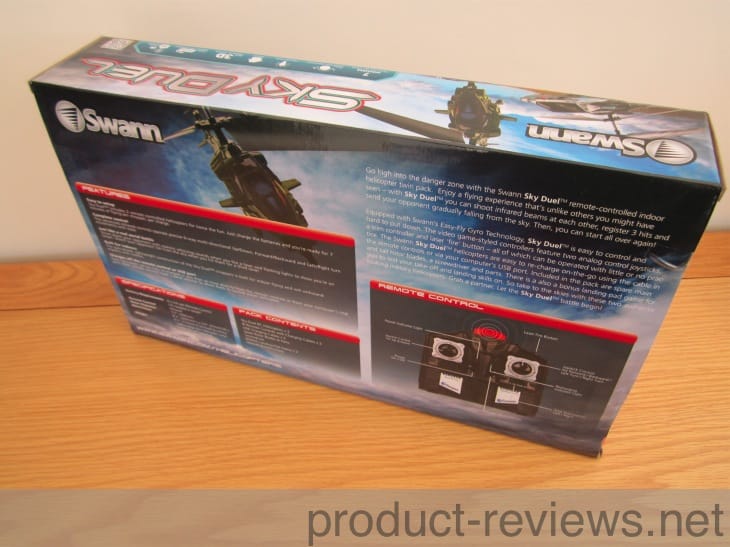