Speculation is building that we could be close to a surprise No Man’s Sky release date on PS4. There had even been rumors of No Man’s Sky launching this week believe it or not, but it looks like those rumors have been shot down by one of the developers of the game.

Most of you will have seen plenty of footage of the game at trade show events, but so far the most important piece of information on when No Man Sky is out on PS4 remains missing.

With Paris Games Week happening in a matter of hours, many had believed that Sony may spring a surprise and reveal that the game would be available for download this week. 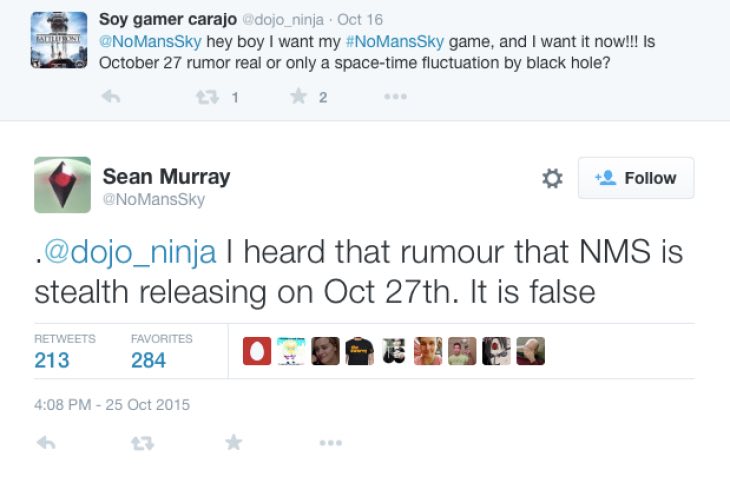 However, that rumor has been shot down by Sean Murray from Hello Games who says that the rumor is false sadly. Is this just a ruse to keep the launch a surprise as much as possible though?

Some fans still think something fishy is going on given that the game appears to be close to completion and we know that it is going to be a PSN release first and foremost – with a physical retail copy still up in the air.

Either way, you should pay close attention to what happens at Paris Games Week since if the game isn’t launching this week we could still get a confirmed release date.

Are you hoping that No Man’s Sky is coming very soon? Give us your expectations and predictions below.