This is coming straight off the back of their 20 million downloads event where they have just given out 2,000 free crystals to all players.

Now we can see that they are planning to give players even more ways to earn free crystals – the game’s premium currency. 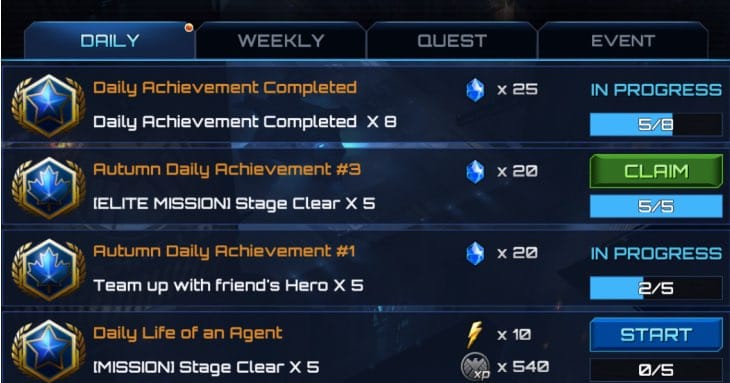 That means you can now get 85 crystals per day by completing all achievements – be warned though that one of them requires you to play the team-up mode with a friend so you better start organising your Alliance. 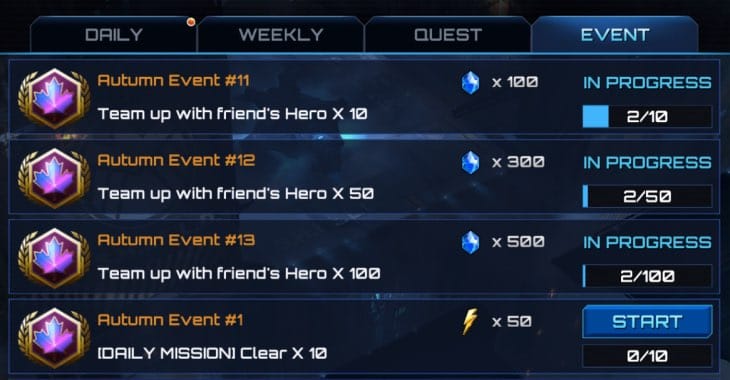 Elsewhere, in the Events tab there is now another big update here with some more Autumn crystal prizes. Another 900 free crystals is on offer for completing team-up battles with friends, while there’s an extra 250 energy to win as well which is nice.

Finally, we can see that Netmarble are planning to give out an additional 30 free Kingpin bios, simply by clearing Kingpin’s Elite mission on 4-10 20 times.

Our guesses is that they have offered Kingpin, since he only has two elite missions in the game at the moment, while most other characters have three.

There may not be Dr Strange or Enchantress in the game as rumored yet, but we think that this is a great surprise update from the developers.

Give us your reaction to the new achievements below. Don’t forget to join an Alliance here!

Update: One correction to make. Netmarble’s wording of the achievements implied that you would have to complete Team-Up mode to get these new achievements. However, this isn’t the case – you just have to use the in-game ally helper for it to count.