The rumors of a larger iPad, the Pro model never amounted to anything, although that is not to say we will not see one next year. It was only a matter of time before we started to hear the same rumors for a larger Surface Pro. The idea of an increase in screen size for the Surface Pro 4 is a rather interesting one, and seems more likely than it did a year or two ago.

The Surface device never got off to a great start for Microsoft, but healthy sales of the Pro 3 model has led to rumors that a larger model is being considered by Microsoft. Digitimes reports they have learned from various sources that Microsoft is or about to start work on a 13-inch or 14-inch Surface Pro model, which we assume will be for the fourth generation model. 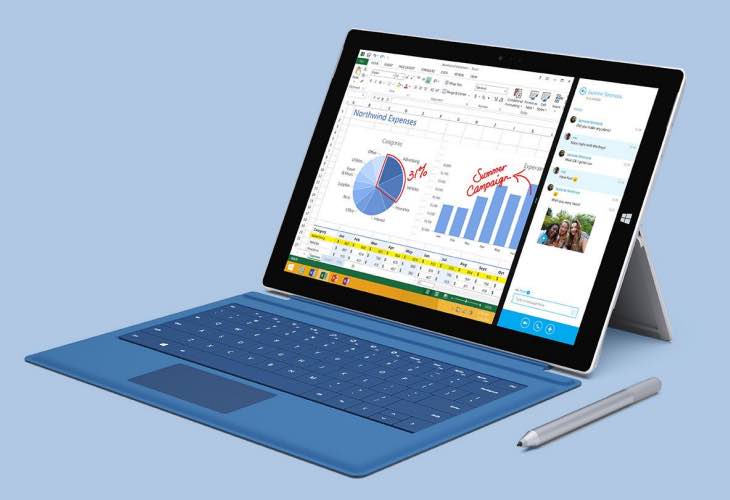 Before you get too excited, just remember that Digitimes has a checkered past when it comes to reporting such rumors, and so we ask you take this with a grain of salt. However, with an increase in sales of 127 percent with the Surface Pro 3 over the 2, it stands to reason why Microsoft may wish to explore the limits of this range.

As for the Surface Pro 4 design, it is said to be very similar to that of the current model, and so we could just see an enlarged version of the Pro 3, a bit like the iPhone 6 and 6 Plus in that respect, even if they are smartphones, you get what we mean.