The superchargers program would see more charging stations built to accommodate a large number of electric vehicles at once, each at varying stages of charge. The charging station is also reportedly very smart, according to Green Car Reports the ports will be able to serve electricity to vehicles on a first come first served basis and even redirect power to the car that needs juice the most.

The superchargers will also supposedly be able to distribute power to the cars based on intended departure time, this may prompt drivers to interact with the station and state how long they plan to stop and charge for. The station would presumably use this information to make sure those leaving first get priority power and smaller amounts are given to motorists who are leaving last. This would ensure distribution is fair and serves everyone’s needs. 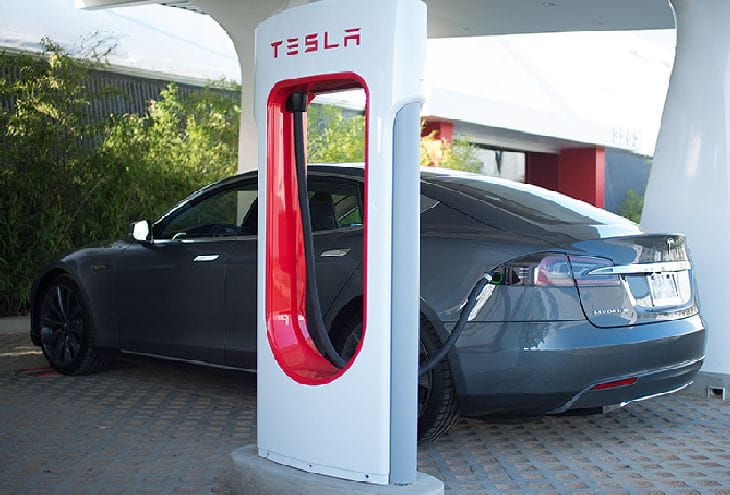 Whilst this concept sounds fantastic, it would rely on honesty from drivers. For example if somebody plans on staying for an hour but says they are only staying for 10 minutes, they would get priority to power opposed to another person who might genuinely need it first.

In the amusing event that all cars need to leave at roughly the same time, the supercharger would have to use its intelligence by dishing out the appropriate amounts of electricity to consumers based on their battery level and requirements. So far there are 6 supercharger stations in the US, more are set to follow and could see interesting upgrades should Tesla’s patents get the green light.

Are you an electric car owner, how much would more of these supercharger stations around the country benefit you?