Super Smash Bros is available from today in the UK for the 3DS, although you will have to wait a little while longer for the Wii U version. If you never bothered to pre-order your copy and have yet to buy one from a store, then this Super Smash Bros UK price roundup should help you out. 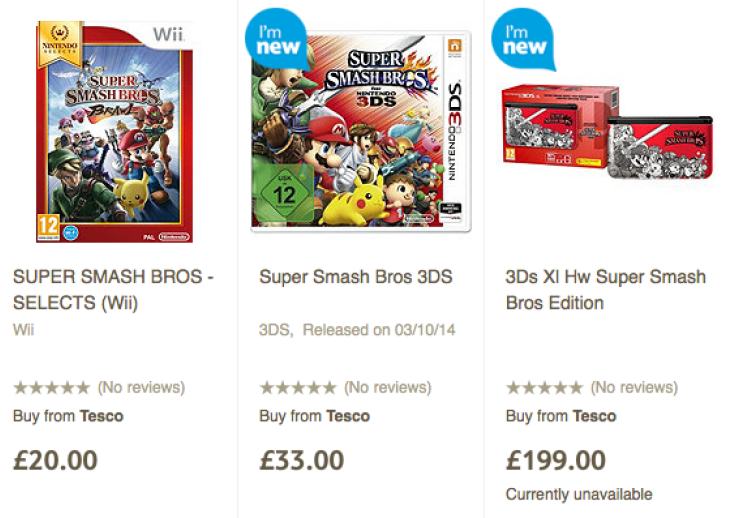 Game strikes again because they are asking £39.99 for the 3DS version and £209.99 for the bundle. We expected it to be some sort of Limited Edition considering the difference in price, but that is not the case.

Amazon is currently the cheapest retailer to buy Super Smash Bros from, as they want just £31.85, and that is with free shipping. Argos is also asking for £32.99, while Smyths has the game for £31.99, which could be a better option than Amazon, as you will be able to go into store now and pick your game up.

As you can see, the prices for Super Smash Bros are rather similar, and so it comes down to where you are near at the time.