Creator Masahiro Sakurai however, has made it clear that the team still do not have any plans to introduce DLC to the game in the traditional format, amid frustration regarding how to unlock Mewtwo in Super Smash Bros.

For a brief recap, the legendary Pokemon is coming to the game as a playable DLC character. However to unlock Mewtwo you have to own both a copy of Smash Bros on Wii U and 3DS. 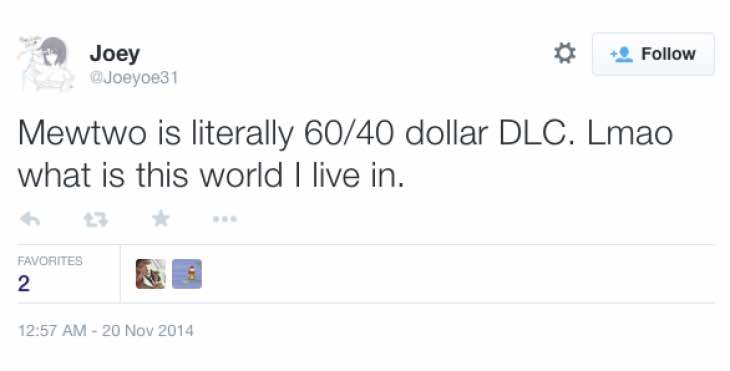 In other words if you own the game on 3DS you need to pay $60 to get Mewtwo and $40 if you own Wii U version. It’s an unusual strategy for a DLC character and Sakurai has admitted in a recent interview that it is an ‘experiment’.

Mewtwo won’t be available in the game until Spring 2015, but the frustrating aspect for new Smash Bros owners is that you won’t be able to purchase him outright as a piece of standalone DLC – own both copies of the game and you’ll get him for ‘free’, no other route as of yet.

The question is, how important is Mewtwo to you? Are you already willing to buy another copy of the game to ensure you have him?

Is this a sneaky move by the developers to tease you with the ‘gotta catch them all’ catchphrase? Let us know your thoughts on this unusual DLC strategy and whether you think it is a good one or not.