Nintendo has finally confirmed the information that many of you have been waiting for, aside from the excitement regarding Nintendo Switch of course.

We’re talking about Super Mario Run, as we now have a confirmed release date of December 15, 2016. Not only that, but Nintendo has also revealed that the game will cost $10 to play but there will be a free to play trial offering fans a glimpse of Super Mario Run before they decide to pay. 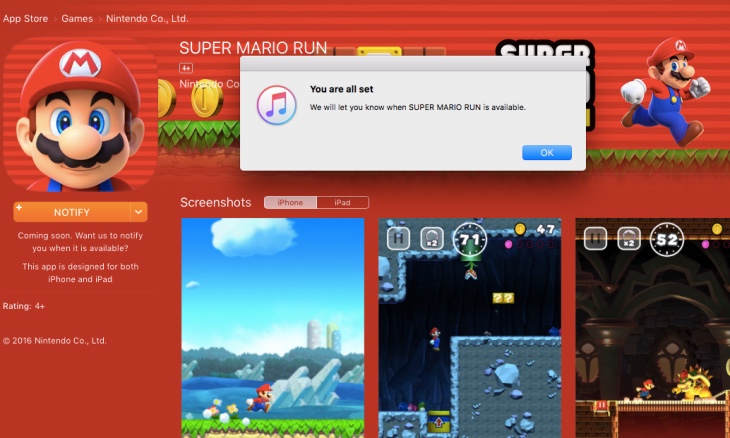 As you can see from the image above, you’ll be pleased to know that Nintendo has opened up a notification system on iTunes as well, which will let you know the minute the Super Mario Run download time is available in your region.

There’s a lot of hype for this game and rightfully so. Are you more than happy to pay $10 for Nintendo’s first mario game on a third-party device?