If you haven’t heard of Mario Day before, you’re about to as it is going to mean a rather nice discount for Nintendo’s main mobile game Super Mario Run.

This is the price for the full game and it echoes a similar discount which Nintendo introduced in September 2017 when the game was also 50% off for a limited time. 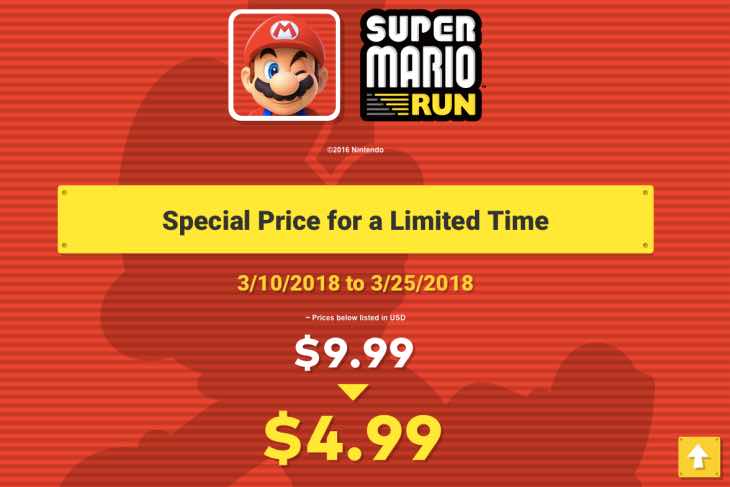 If you have yet to play Super Mario Run, it’s a great opportunity to get in on your Mario fix as we know there are a lot of angry players out there at the moment who paid full price recently.

Don’t forget Super Mario Run will soon be joined by Nintendo’s next major mobile title, Mario Kart which is going to be just as successful we expect.