To give everyone an idea of how popular Super Mario Maker is, Nintendo has shared some facts and figures on number of players and levels created. This is great news for the fans, also it paints a clear picture on the vast number of levels being created.

You can see a recent tweet by Nintendo below, which explains Super Mario Maker has had 7.2 million levels uploaded by users. This works out at an average of two levels per user when you take into account the 3.5 million units sold. 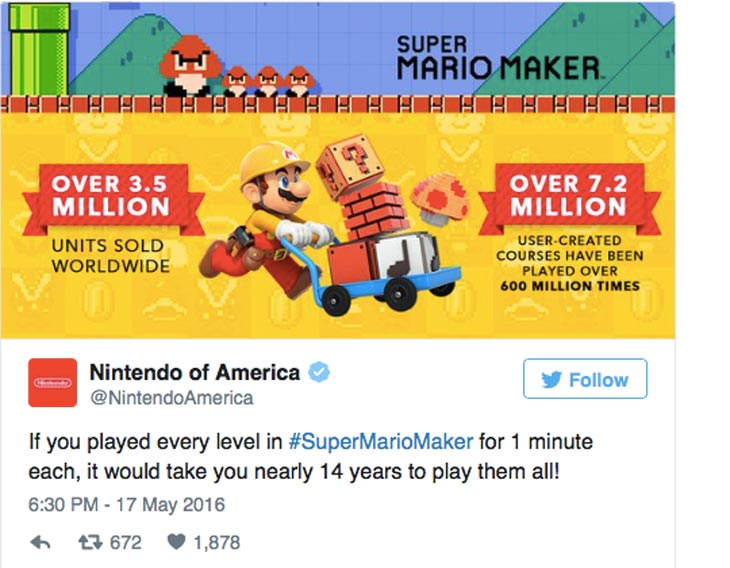 The stats are incredible, although we have to wonder how many more levels have been created since yesterday and how many are currently being worked on. There’s plenty of fans tweeting about current works in progress, so development is exploding.

There’s been over 600m plays to date thanks to user-generated levels. Are you part of this gaming community? Also, have you been upset by Nintendo removing levels for unknown reasons?