A true SNES classic is about to become available on the Wii U Virtual Console very soon. If you haven’t played Super Ghouls n Ghosts, you may not be aware that it is easily one of the most difficult games ever made, whilst at the same time being one of the best games that Capcom developed for the SNES as well.

It’s also one of the best platform games ever and you’ll be able to relive the dream yourself on May 16, when the game is added to the recently released Virtual Console for the Wii U. Capcom confirmed the news over on their Blog, also revealing that the NES original, Ghosts n Goblins will be available shortly afterwards as well on May 30.

Super Ghouls n Ghosts is the more exciting game of the two though in our opinion, leading Arthur on an epic journey as you try to upgrade your suit with various powers, knowing that one hit and one death can put you in the mood to smash up that monitor or TV screen. 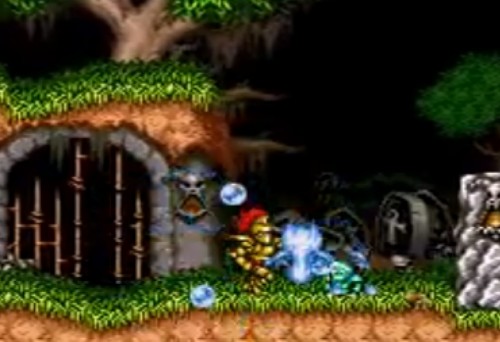 To give you an idea of what you’re in for if you have forgotten how the game plays, we’ve included a classic gameplay clip showing you some of the powers available, and indeed evidence of the game’s notorious difficulty curve. Don’t forget that we told you earlier this week that more games are on the way to the Virtual Console soon.

Aside from Super Ghouls n Ghosts, Street Fighter II, Pac-Man and The Legend of Zelda: A Link to the Past are also on the way to the Virtual Console as well. Nintendo hasn’t revealed the price for Super Ghouls n Ghosts yet, but we have a feeling it will cost around $8.99 to download, or £5.49 for those in the UK.

Do you have fond or frustrating memories of this game? Share them with us below.