Have you seen Motorola’s Super Bowl 2010 Ads? They have been teasing us with a little look at the Motorola Devour, which included a young boy fixated on a Motorola Devour stood on a table in front of him.

You can see the Motorola advertisement here on the official website, it starts with the boy looking at a Motorola Devour, then something explodes inside a microwave oven in the background. The next scene shows a couple sitting at a table, looking very unhappy, which quickly changes to a scene showing a truck crashing into a booth.

What do all these scenes have in common? Well we see a phone in the first scene, and someone running away holding a phone when the truck crashes. The last scene says, “To be continued at the Super Bowl”. We’re sure more will unfold in the Motorola ads that will be shown during Super Bowl XLIV.

Let us know what you think of the teaser, the Super Bowl 2010 ads once they are shown, and the Motorola Devour. 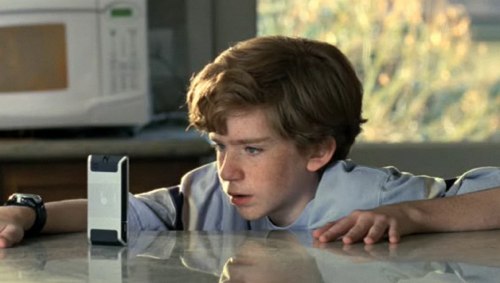