If you are looking for the best new Xbox One games to buy and want to pick something which has a discount over the Holiday season, allow us to help. Best Buy are now offering a special on Sunset Overdrive, the fantastic Xbox One exclusive platformer from Insomniac Games.

Sunset Overdrive has only been out for one month but already retailers are feeling generous by offering lower than the $60 retail price.

Best Buy are taking generous to a whole new level though as you can currently buy Sunset Overdrive on their website for $37.99, a $22 discount from the retail price. 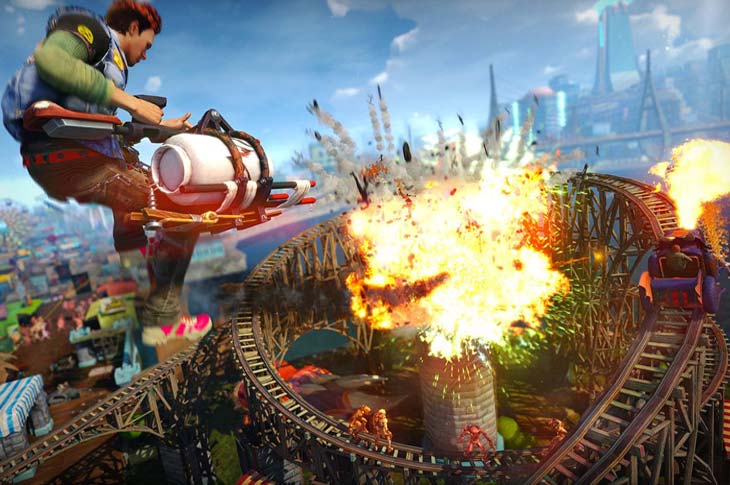 Let us remind you that Sunset Overdrive has already received critical acclaim in the one month that it has been on sale. Over on Metacritic, the game has a stunning 82 Meta Score and an equally as impressive 7.5 score from User ratings.

There was a massive debate about this game given the fact that it has not been developed on PS4 from Resistance developers Insomniac. However Microsoft has paid their money to secure this as an exclusive and it can only be a great thing for Xbox One owners.

We’re not sure how long stock is going to last on this game, so act quick. For those that already have Sunset Overdrive, would you agree that it is an amazing must-own title?