Fans who love the puzzle game of Sudoku, can now enjoy a great version of it thanks to a recently updated application. Sudoku Uno 2.0.1 is available for owners of the iPhone, iPad, and iPod Touch.

Released by Houdah Software, the game is based on a powerful Sudoku engine, which provides an almost unlimited number of Sudoku games categorized into three levels of difficulty. If you get stuck the app can provide intelligent hints, and may also explain the reasoning behind the hint.

Sudoku Uno features an advanced game board generator with rotational symmetry. Other features include; boards solved by logic only, no guessing or backtracking, optional automatic markers, and much more. It also has the handy feature that if you receive a phone call games are automatically suspended. 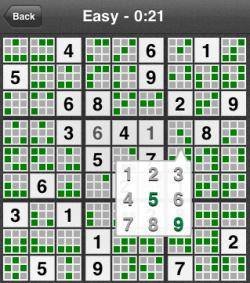