The Mercedes GLC Coupe Concept is all set to be shown at the 2015 Shanghai Motor Show this week, and ahead of its reveal the German car manufacturer has decided to share some substantial technical details. With the small-sized crossover being such a popular kind of vehicle at the moment, it was obvious that Mercedes wanted in on the action, and we really do like what they have come up with here.

The BMW X4 rival from Mercedes goes about things a little different to make it stand out more, because instead of a standard two-box body style they have come up with a sort of Coupe four-door CUV instead. 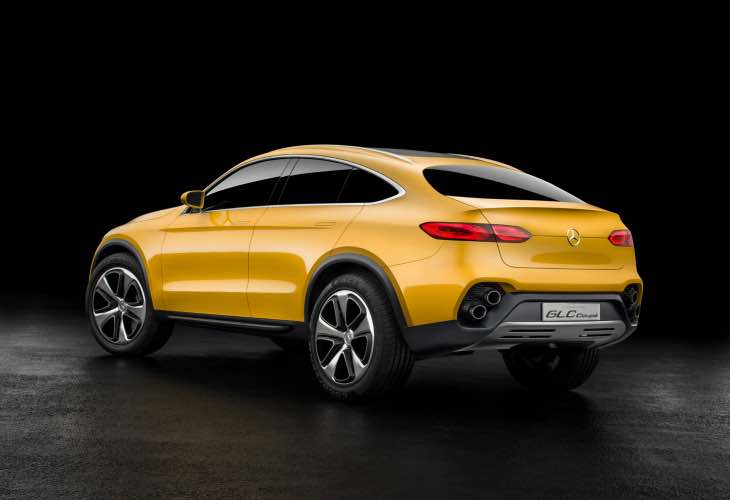 It’s all very well seeing a concept version of this vehicle, but what of the Mercedes GLC Coupe production model? It’s not yet known when this model will finally be released, but from what we can make out it will not venture too far away from the concept design.

Autoblog has shared all the details Mercedes has on its GLC Coupe Concept so far, which offers various technical specs, such as engine details.

We have also embedded the live broadcast below of the Mercedes-Benz press conference from the show today.