Following on from another fantastic performance from Luis Suarez for Barcelona Vs Man City, EA has wasted no time in giving the striker a new Suarez MOTM card on FIFA 15 FUT.

It should be live inside packs right now, as of midnight on Wednesday February 25 and confirmed by EA’s Twitter account for FIFA which you can see below.

Suarez already had an amazing card in the game but now at last he moves into the 90s. Check out the image below to see an exact look at how his new card compares to his default 89 in FUT. 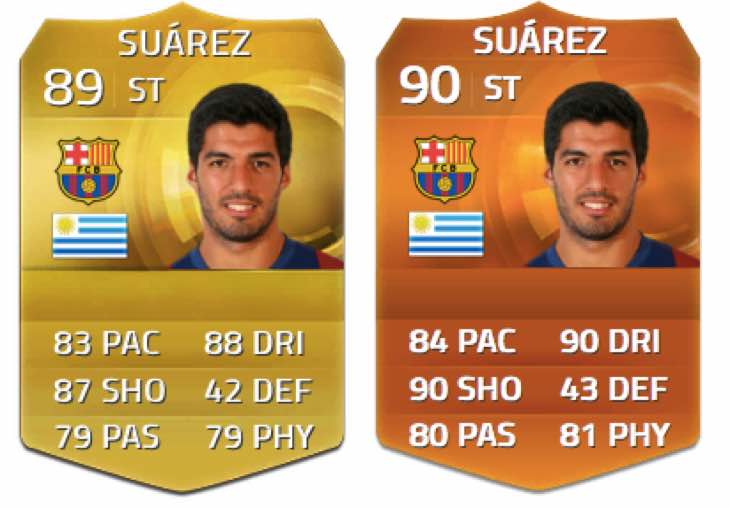 The bump up to 90 dribble and 90 shooting should make him incredible when playing and now all eyes are on the first player to get MOTM Suarez in a pack.

As far as we’re aware, nobody has received him yet but then again the Suarez packs on FIFA 15 have only been live for around one hour.

Take a look at the stats and let us know what you think about the upgrade. Let us know if you are the first to get Suarez in a pack in the game.