If you have just finished watching the England Vs Wales game at Euro 2016, you’ll know that Daniel Sturridge changed the game when he came on as a second half substitute.

He had a big part to play in the first goal as well to make it 1-1 when Jamie Vardy scored, which means EA are 99% certain to give Sturridge iMOTM card in FIFA 16.

This will be released at 12am UK time today and will be available for 24 hours. It also means that Sturridge will go up to a 86 rating in the game making it a very desirable card indeed. 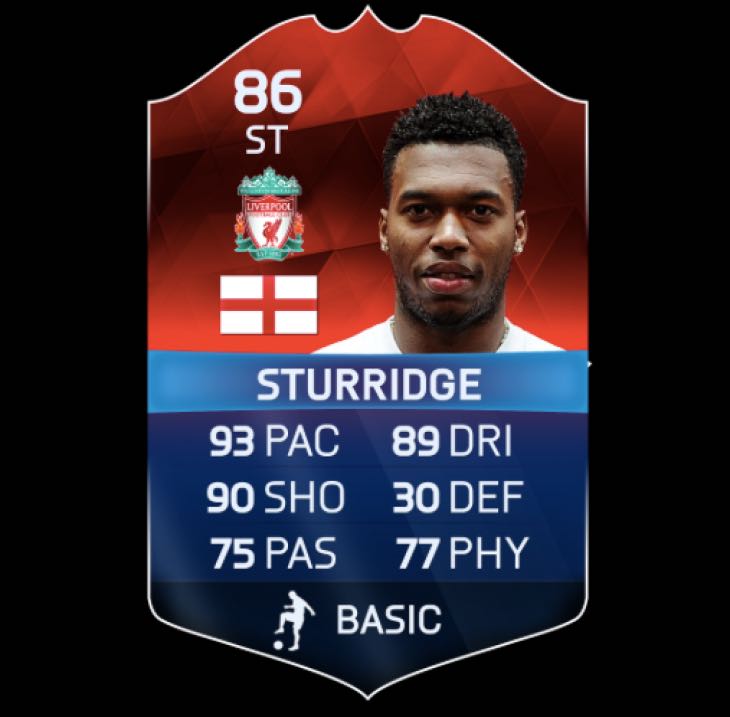 Enjoy the preview image above thanks to Twitter user Iamefp.

We also have a feeling that this card will be priced between 200-300,000 coins on the transfer market, so hopefully your luck is in when opening packs later.

We’ll update this article when the new FIFA 16 iMOTM cards are live, leave a comment below if you are looking forward to this new Sturridge card.