It has been another busy week of Premier League football and for FIFA 16 owners it means another Team of the Week to look forward to on Wednesday.

Now, we take a look at some early FIFA 16 TOTW 8 predictions as one player that is highly likely to be included in EA’s Team of the Week 8 lineup is Liverpool FC star Philippe Coutinho.

Take a look at the card which he could get with an improved 85 rating after a man of the match performance against Chelsea over the weekend – scoring two goals in the process.

Usually two goals would get you into the TOTW, but Coutinho practically won this game for Liverpool making him a certain pick in our eyes. 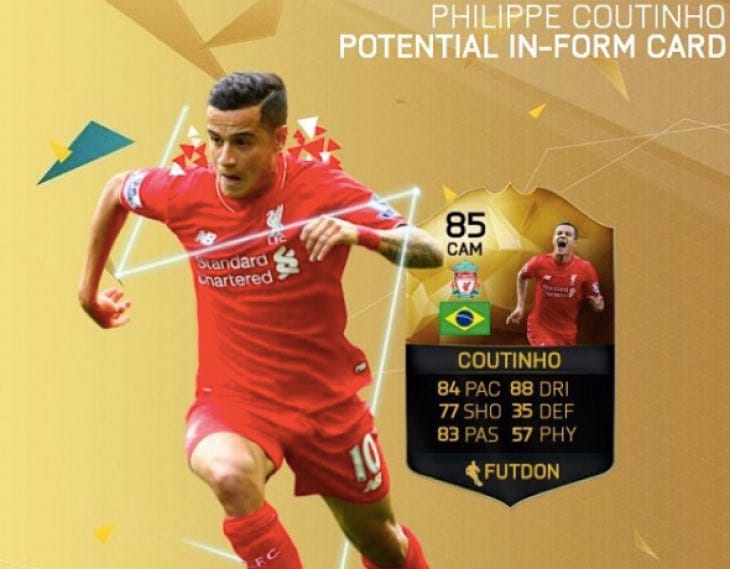 What do you think of those upgraded stats, as shown off by FUTDon? An 85 rating would be amazing for the player, but at the same time very expensive for those looking to buy from the transfer market.

Coutinho’s standard card already sells for just over 40,000 coins, so we expect the TOTW 8 Coutinho in-form card to go for hundreds of thousands straight away.

Let us know your thoughts on this and who else you think is going to be in the Team of the Week 8 predictions for FUT16.