As Stuart Dredge over on the crave.cnet.co.uk website recently noted, the Resident Evil Mercenaries VS game — which has apparently been billed as Capcom’s very first online game for iOS devices — enables gamers to play as different characters from the Resident Evil franchise.

This includes Albert Wesker, Chris Redfield and Jill Valentine. The game has players running around forts, castles and docks, while using shotguns, sub machine guns and hand grenades to kill the other players. Gamers also have the option of playing free-for-all or team matches. 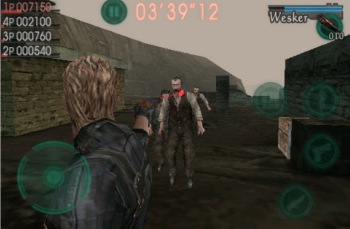 Meanwhile, Sega’s Streets of Rage 2 game enables users to play as one of four different characters: Blaze, Max, Skate or Axel. The game sees you battling against 2D enemies with a mixture of fists, knives, grenades, lead pipes and even golf clubs. You can even play your friends via Bluetooth.

Are you a fan of the Streets of Rage or Resident Evil games? If you are and you own an iPhone, will you be downloading either of these apps?