We have yet more eye peeling news on Street Fighter X Tekken for you now. After telling you that Master Chief almost made it into the Xbox 360 version of the game, it’s look away time again for 360 owners. The PS3 is getting even more exclusive characters, although Capcom’s choices are certainly a couple of shockers.

None other than Pac-Man and Megaman are coming to the game, but while Pac-Man makes an appearance in his traditional form, the same can definitely not be said for fan favorite Megaman. The energetic blue hero will not be featuring in the game in his usual attire, as Capcom has decided to insert the original Megaman from the 1980s into the game, adding a couple of pounds of weight to him in the process as well.

After begging Capcom to put Megaman in Marvel Vs Capcom 3, it seems as if Capcom has finally granted fans their wish although no-one would have expected this. Already there is a fierce wave of criticism from fans who are shocked at seeing Megaman in this state. Perhaps though, a lot of you have not seen Megaman in his original form, so perhaps they will come around to the idea since it actually isn’t the end of the world.

As we told you yesterday, there is no exclusive characters for the Xbox 360 version of the game and it now means that the PlayStation 3 and PS Vita versions have 5 extra characters with Turo, Buro and Cole also confirmed. With this in mind, we have to ask – is there actually any point in picking up the Xbox 360 version of Street Fighter X Tekken? Five extra characters is a huge deal for fans, so it really is a bit of a head-scratcher as to how the situation has panned out. 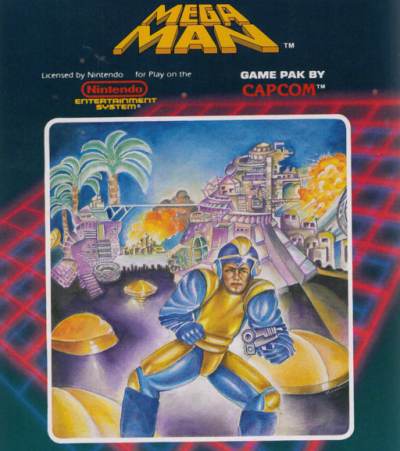 What are your thoughts on this version of Megaman appearing in the game? Do you think this is really a big issue that it isn’t the traditional Megaman or do you actually think it is better having the original 1980s version?