For those of you who were excited by the reveal of Street Fighter X Tekken, you’ll be pleased to know that Capcom has just released some brand new screenshots of the upcoming game – due out sometime in 2012 on the Xbox 360 and PS3.

As reported from TheSixthAxis, the new screenshots give us a close up look at some matchups of Ryu Vs Kazuya and Chun Li Vs Nina.

The graphics are looking pretty similar to Street Fighter IV, which is by no means a bad thing, but we’re still looking forward to some solid gameplay action – hopefully the upcoming Tokyo Game Show will provide further information.

What are your thoughts on development so far? Is this a day one purchase for you, or do you have fears about the game? Don’t forget about our previous article, where we asked you for your character wish lists.

View the screenshots over at TSA. 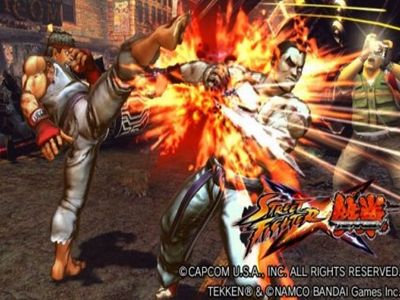