If you have been keeping an eye on progress for the upcoming cross-franchise Street Fighter X Tekken brawler which is due to hit consoles and the PS Vita in March, then you’ll know that there has been 28 characters announced for console so far.

However, we have evidence to show you that two more characters have been ‘accidently’ revealed for the game, and we can confirm that these two characters are Ling Xiaoyu from Tekken and none other than General M.Bison from Street Fighter.

Capcom has yet to make this news official, but take a look at the screenshot below which Microsoft has uploaded to the official product page for Street Fighter X Tekken on the Xbox Live Marketplace. While the action obviously focuses on the battle between Heihachi and Dhalsim, you can clearly see that their tag partners above are Xiaoyu and M.Bison.

It is a pretty embarrassing gaff by Capcom if they didn’t notice this while handing screenshots over to Microsoft, especially if they were planning to reveal this officially in a teaser trailer which they have done for other characters in the past. Nevertheless, it is great news for fans to hear that Bison has finally been confirmed for the game, since he has yet to make an appearance in the marketing for SFXT, a game which has had 28 characters on console, as well as a further three exclusive characters (Cole, Turo, Kuro) for the PS Vita version of the game confirmed so far.

Despite the fact that the game is due out in a few months, Capcom still has plenty of time to announce more characters. There’s some big names that have yet to be confirmed, such as Jin on the Tekken side and the likes of Blanka, Vega or E.Honda on the Street Fighter side. We would be very surprised if none of these characters shipped with the final version of the game, but hopefully it won’t come to that.

Are you happy that Bison and Xiaoyu are in the game? What other characters do you want to see before the game releases in March? 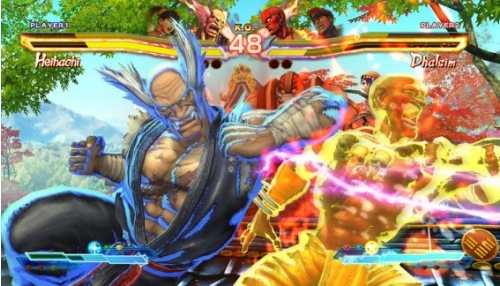