We know that Capcom like to use unique ways to tease their upcoming releases, but fans of Street Fighter X Tekken must be getting a little impatient now. The company has once again released a further two teaser videos showing off two more new characters that will be featured in the game.

Street Fighter X Tekken is not due to hit the Xbox 360 and PS3 until sometime in March next year, but the game has already confirmed to be playable at this year’s Eurogamer Expo in London along with a whole host of other AAA titles.

Capcom has been keeping fans busy in the meantime, releasing teaser trailers every week it seems, and two fresh videos this week confirm that another two characters will be joining the growing list of characters already added to the crossover roster. Although we may we wrong, it looks like Zangief and Lili will be next to enter as Capcom has done a pretty good job of keeping fans guessing as to who they may be.

Zangief is obviously well known to all video game fans, but Lili may be unknown to you as the fighter who appeared in Tekken Dark Ressurection and she could be bringing her gymnastic style of fighting moves to consoles and the PS Vita next year. We’ve included both videos for you below so you can take a look for yourself, let us know if you think they are Zangief and Lili too.

Both characters are due to be unveiled properly at next week’s Tokyo Game Show in Japan. They should be joined by Heihachi and Rolento if other teaser videos are to be believed – we’ll have to wait and see but Rolento is certainly a surprise decision if it turns out to be true. 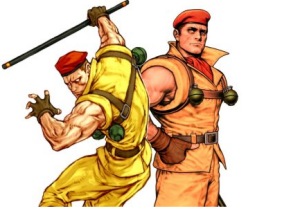 What are your thoughts on the development of the game so far? Are you excited about Street Fighter X Tekken, or are you more concerned about Tekken Tag Tournament 2?