Sony has just announced that there is going to be an opportunity to buy a Street Fighter 5 PS4 1TB bundle. With the SFV release date launching soon on February 16 however, we are surprised to see that the Street Fighter 5 PS4 bundle pre-order for US, UK and other parts of Europe is still missing.

Furthermore, Sony has not even confirmed the Street Fighter 5 PS4 bundle price for gamers either which again is surprising. We know for a fact that many fans want to pick up a new console with this game and given that we are around three weeks away from launch Sony should already have the pre-order live.

We have taken a look at both Amazon UK and GameStop in the US and can confirm that the pre-order is still missing at the time of writing. 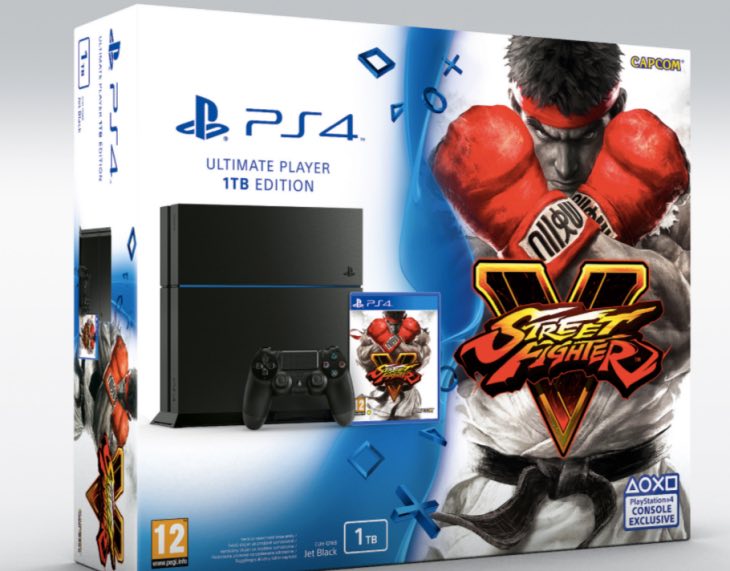 We’re not sure what the delay is, but hopefully this is sorted in time for the weekend or at the very latest next week so that Street Fighter fans can secure their order as soon as possible.

As for the Street Fighter 5 PS4 1TB bundle price, nothing has been confirmed by Sony but we expect this to be around $399.99 in the US and £329.99 in the UK – the usual price that Sony places on the 1TB consoles.

The package will include a 1TB console, one Dualshock 4 controller and a physical copy of the game. Remember that Street Fighter V also features cross platform play with PC users which is a rarity in itself which we don’t see often.

The release is not far away so let us know if you are looking to pick up this bundle. Are you disappointed that you can’t pre-order yet? Let us know once you see orders go live!