When you load up the beta for the first time, you’ll notice that only four players are playable – these are Ken, Necalli, Vega and R.Mika.

However Capcom has also included move information for Rashid and Karin so we are assuming that they will be added into the beta at some point this weekend – something for fans to look forward to with excitement. 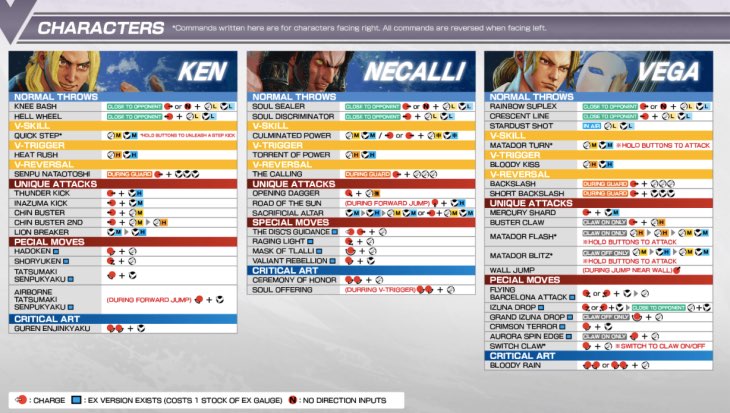 Without further ado, we have the move lists for you here along with a link to see a zoomed version in case you find it difficult to read the moves as they appear here. 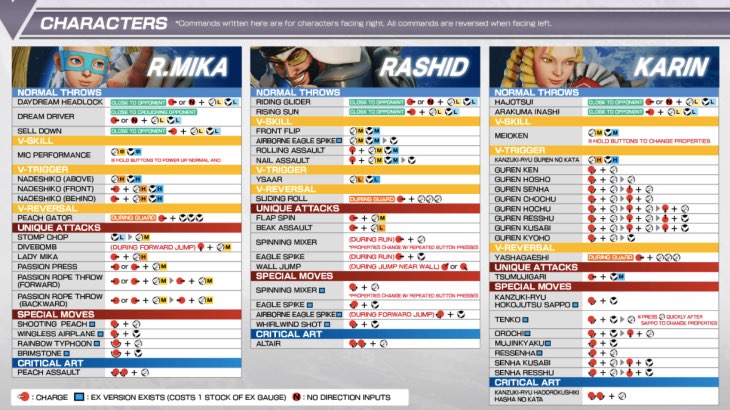 These images should prove very convenient to you though, as you won’t need to keep checking the command list every time – just save this page and have the move lists open in front of you.

They list all moves for the characters within the beta, including the new v-skill, v-trigger and v-reversal moves which are new to SF5.

Let us know if this helped you and your thoughts on the beta so far.