We have some good news for those looking forward to the upcoming Street Fighter V closed beta test but are not sure when it will start.

We’ve just been sent a message from PlayStation Asia confirming that the Street Fighter 5 beta starts on October 22 until October 25 after successfully reserving a ‘ticket’.

More importantly though, we have the official Street Fighter 5 beta start time which as far as we’re aware isn’t available in other regions yet. 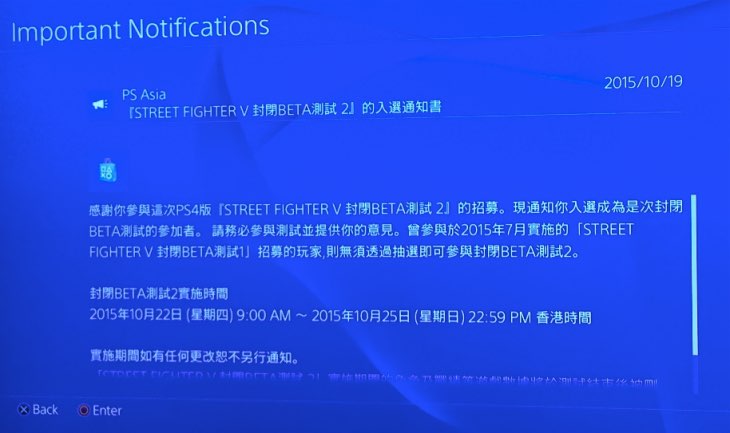 We are assuming that the beta start times will be global, so if that is the case you will be able to start playing from 2am UK time, 6PM Pacific Time and 9PM Eastern Time.

If these changes differ between regions, we will update this accordingly but for now that is a great heads-up for you.

That means the countdown is now on and we have just days to go until the second beta. Remember this new test is going to let you play with PC users thanks to cross-platform server support.

Let us know if you already have your access secured to the closed beta test and which character you are planning to use.