Not only will people in Britain and the rest of the world be looking closely at the values of the pound, but also other stocks affected by Brexit.

If you are one of those people very worried about the state of market and want the latest stocks, then things have been made much easier for iPhone users.

This will be the one occasion that more iPhone users will turn to its built-in Stocks app. Ever since Apple released its Stocks app we can count on one hand the amount of times we have used it. However, in the space of three hours we have lost count at the number of times we have studied the app. 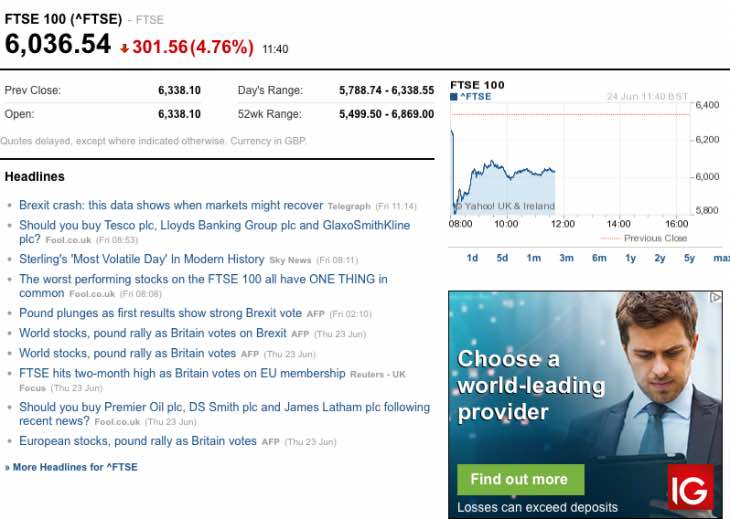 We know that the London Stock Exchange is having to cope with a barrage of investors uncertain as to the future of British companies, and so therefore have started to pull their support. Pre Market Stocks were already being affected, as is the Dow Jones and the FTSE. However, it’s companies such as Barclays that have suffered greatly, as has the Lloyds Banking Share price.

Whatever company you are concerned about, or the value of the Pound compared to other currencies, then the pre-installed Apple Stocks apps is ideal for iPhone, iPad and iPod touch users. They can also go in to the settings and select just what markets and stocks they would like to keep a close eye on.

We have to wonder if Apple, or more so Yahoo will come under increased pressure from the increase in users over the next few hours – especially when the US Stock Market opens?