Liverpool FC has a partnership with EA, meaning that the club and all of its players are officially licensed in they game. The same goes for Anfield’s official likeness in FIFA 15 and all of the relevant kits and sponsors when playing at the stadium.

We spotted that the LFC Facebook page have released a brief video, featuring Steven Gerrard scoring one of this typical screamers, just like the classic days when he was played in a more advanced position. 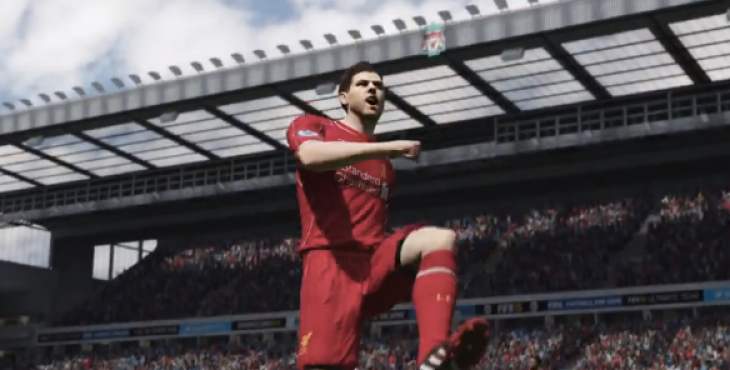 Critics are saying that Gerrard is finished and should be replaced at Liverpool to make way for the younger generation, but that is going to be a tough decision for the manager Brendan Rodgers.

Check out the clip of Steven Gerrard scoring a great goal on FIFA 15 and let us know if you miss the player playing in his natural role, as opposed to playing as effective advanced defensive position as we see in real life today.