We spoke about the surreal reality of seeing Steven Gerrard in an LA Galaxy shirt next year. Now, we know it is definitely happening and EA has already given FIFA 15 fans a teaser showing Gerrard in his new white colors.

It still hasn’t sunk in though for a lot of football fans around the world – we’re still not calling it soccer. Gerrard has been in the colors of red his entire career but take a look at EA’s short clip below and you’ll see the reality of Gerrard showcased as an LA Galaxy player on FIFA 15.

Obviously, by the time the transfer is completed we won’t actually get to play as Gerrard officially at LA Galaxy until FIFA 16. However, EA couldn’t resist temptation it seems and you can see a glimpse of the future below. 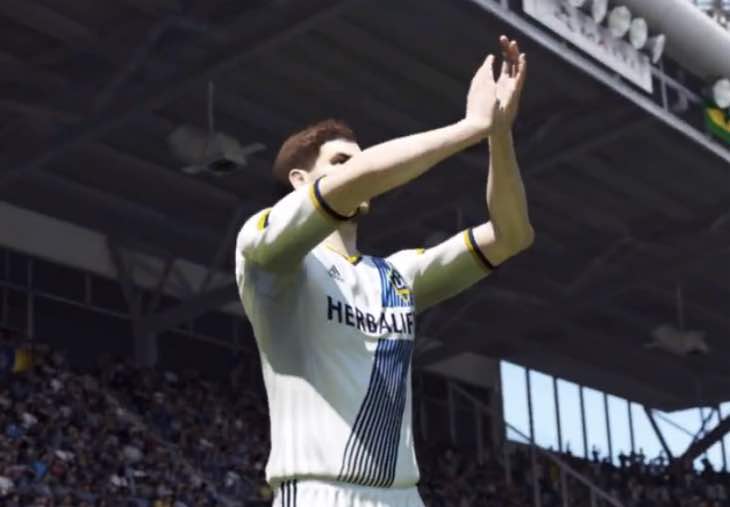 It’s the most discussed transfer at the moment and it appears to have overshadowed the rumors suggesting that Lionel Messi may want to head to the Premiership.

Once the season is over though, the reality will hit LFC fans. How are they going to replace Steven Gerrard who is simply irreplaceable?

What is going to happen to your Liverpool-based FIFA 15 Ultimate Team with Gerrard now playing for LA Galaxy? Enjoy EA’s teaser below and let us know what you think about the transfer.