FIFA 15 players are in shock right now, as we countdown to the highly anticipated FIFA 15 January transfer update. The big news right now, is that Liverpool FC captain Steven Gerrard is set to leave the club this Summer, with MLS club LA Galaxy reported to be interested in securing his signature.

After spending his entire career at Liverpool FC, it will undoubtedly send shockwaves throughout the entire football world if this transfer goes ahead.

There had been signs that Gerrard could be leaving after stalling on a new contract and being dropped from the team on a number of occasions this season.

As we wait for the news to become official, we can give FIFA 15 players a potential glance of the future, by showing you Steven Gerrard in a LA Galaxy shirt – as surreal as that sounds. 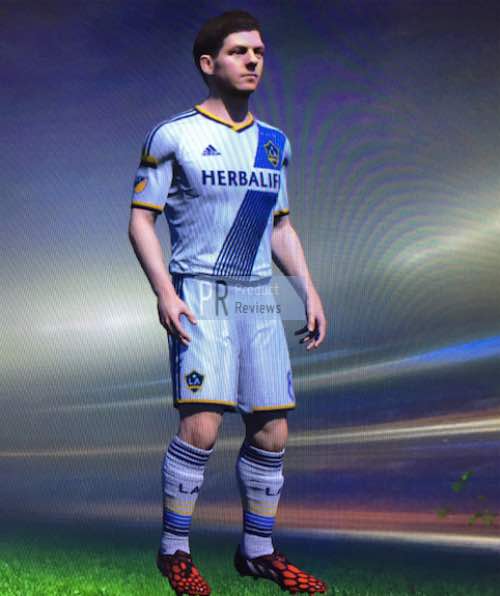 It looks surreal as well – take a look at the images which we have created for you on the FIFA 15 engine. It shows Gerrard in Galaxy’s official home top, meaning that this could be an accurate look at how Gerrard will appear next season presuming Galaxy maintain a similar kit.

Do you agree that it looks very strange seeing Gerrard in a different shirt other than Liverpool FC? It just reminds us of the Fernando Torres and Xabi Alonso days.

Give us your thoughts on this below and if you will simply transfer Gerrard back to Liverpool on FIFA 16 should he move club.