The Liverpool FC vs. Everton match starts at 12:45 tomorrow in the first Derby of the season. Several gamers will aim to make their predictions and lineup by using FIFA 15. One player that is certain to form part of the lineup is Raheem Sterling, although this prediction has been made on FIFA 14 for the last time.

We don’t get to see the complete lineup within the game, as it is right into the action, but there is a good chance that Daniel Sturridge could return to Liverpool. Jordan Henderson and Philippe Coutinho could also make a return following injury. 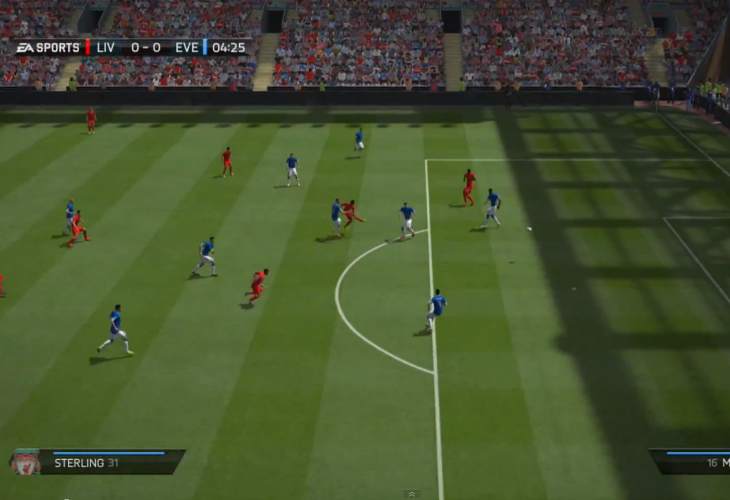 Remember, this is just a prediction of tomorrow’s game, but the gamer predicts a 3-3 final score, with Sterling scoring a hat trick. It doesn’t take him long to score the first goal, but Everton doesn’t let them have it all their own way and James McCarthy managed to score one back.

Things do get rather interesting because it is 2-2 at one stage, with two each to Sterling and McCarthy. Raheem then makes it 3, but Leon Osman manages to level things up to finish on 3 goals each for Liverpool and Everton. We have to say that Raheem Sterling was man of the match, but not sure what the fans will think of him for real tomorrow following rumors of a transfer move to Real Madrid?