The 2015 Steam Summer Sale is now live with a nice list of games, as seen on this page. Grand Theft Auto V for PC is included in the summer sale and while it doesn’t feature the big discount seen with other titles, you will receive at least 25 percent off the popular open world game.

Steam started the summer sale right on time, as predicted, and it will run until June 21, 2015. There’s a whole page dedicated to GTA discounts and this includes package deals with 25 to 75 percent off. 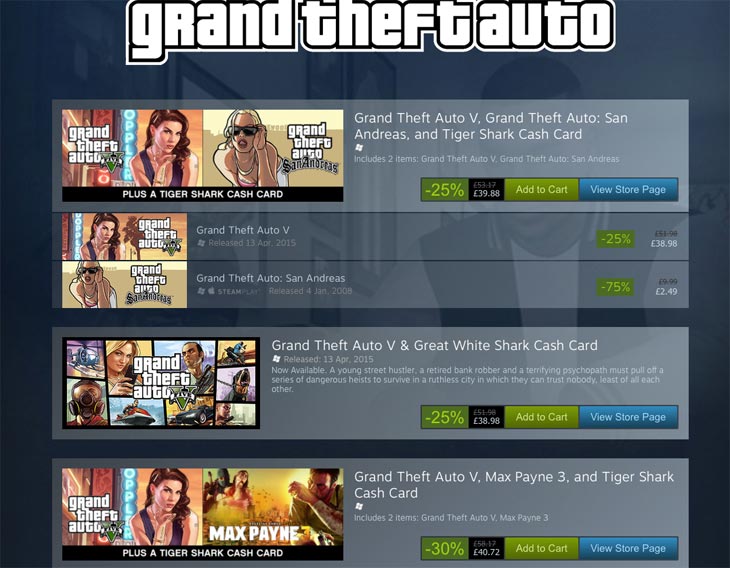 The older titles in this franchise obviously receive the best discount, like 75 percent off Grand Theft Auto IV: Complete Edition. Episodes from Liberty City also receives the same discount, although GTA V for PC comes with a 25 percent price cut along with a Great White Shark Cash Card for just £38.98 in the UK. Take a look at all the discounts for the GTA franchise on this hub page.

There’s also a long list of games in the Steam Summer flash sale with these deals changing in just over 10 hours time, or 6am (UK) on June 12.

What’s your thoughts on the list of Steam Summer Sale games revealed so far, anything worth purchasing? You can see the current list of Flash games and other titles on store.steampowered.com.