This is very unusual for Valve to suffer an outage lasting several hours but that is what is happening with the Steam Store at the moment.

Take a look below at some of the live feedback coming in from gamers who are trying to buy something from the Steam Store today, but can’t. 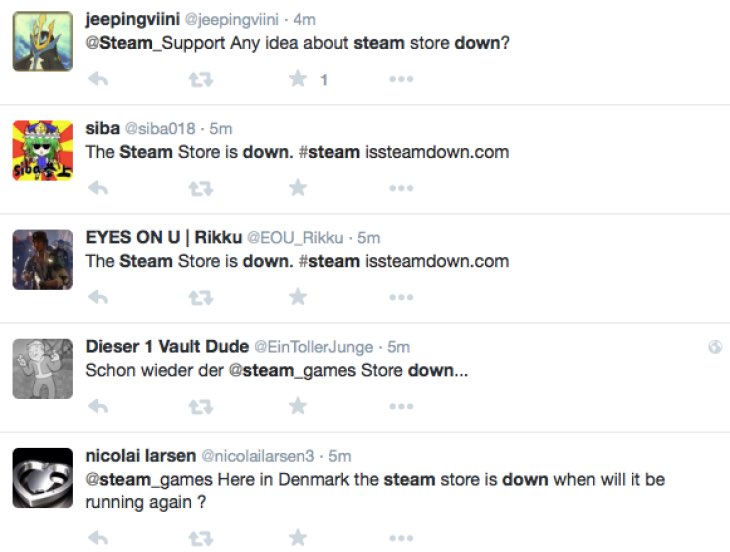 You can also have a check at the Steam status checker which confirms that Steam itself is up, but it is just the Store specifically that is having problems.

The official Steam Support Twitter page doesn’t have any information on the downtime either, which is why many gamers are unhappy at the moment.

Is the Steam Store down right now for you in your area? Give us your own status below and we’ll update you when we hear from Valve.