Some of you may recall us bringing you news of Valve’s online communications platform Steam coming to PS3. Well new rumors have emerged, following an announcement by Microsoft about a recent integration of RakNet technology into Xbox Live’s current interface, suggesting that the Xbox 360 could well have Steam coming its way also.

Thanks to the article from Ripten, who also reported this announcement by Microsoft, it is no surprise that these rumors should surface as they say it’s the RakNet technology which makes Steam capable on the PS3. Feel free to read what else Ripten had to say on the matter.

As well as a being able to support and host existing features on the Xbox Live, the technology also allows for more features to be added. Specifically the feature that will offer Steam integrations. Other features include the use of Steam servers for forwarding traffic, room and lobby matchmaking and Network address traversal connectivity. 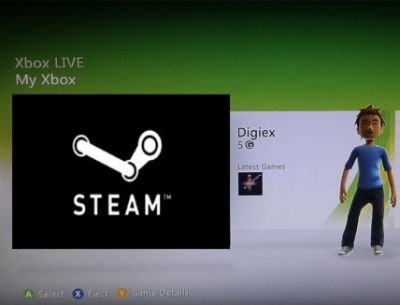 The addition of the RakNet technology will allow users of the Xbox to get more than ever before out of their console. But does it necessarily mean they’ll also be getting Steam? With no official word from Microsoft yet, we’ll just have to wait and see what develops over the next year.

Do you use Steam? Do you think this evidence is enough to suggest Steam is coming to Xbox 360?