The Steam Summer 2015 sale is expected to start in 3 days time, according to rumors we first reported 11 days ago. While this start date is still unconfirmed, it’s pretty solid considering past sales and of course some PC gamers expected it to start last month.

Steam’s rumored schedule points to their summer sale starting on June 11, 2015 and ending 11 days later. The best deals should come on the traditional encore day and many hope for AAA games to feature during the biggest discounts, so this could be on June 20th.

AAA games desired for Steam 2015 Summer Sale – what titles would you love to see with the biggest discounts, or at least a big enough discount to make you click purchase? There’s been a lot of debate around the AAA games and of course being careful with budgets, as seen by this Product Reviews reader, “As long as I get some AAA games and a few other games I really want on sale, then I will be happy with spending around $100”. 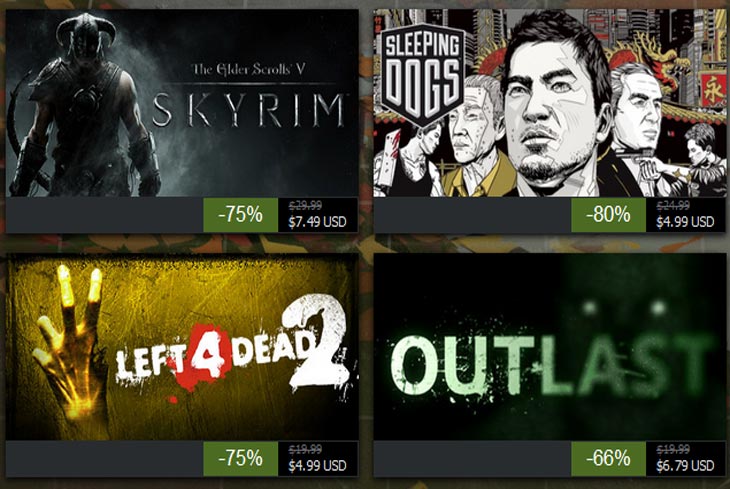 If you have a budget planned this year, what are you hoping to get for that money and at what discount for AAA? Grand Theft Auto V, Advanced Warfare, and many other titles are hoped for and most likely a lot of disappointment will be voiced when gamers don’t get any AAA’s they desired, but what do you pin your hopes on?

Wait for the best Summer Steam sales – there’s plenty of reasons to wait and especially if there’s an end time on a particular deal, as we have seen titles drop even lower later on and this is why we look for the “offer ends” text to hold off. We have heard about better games coming up within the titles sale end time, also some of their biggest discounts will be featured on the “encore day” and during Community Choice, Daily, and Flash deals.

We have seen pricing mistakes during Steam Summer sales in the past as well and while rare, imagine getting a AAA game for only a $1? These mistakes won’t stay live for long, but only adds to the reasons for waiting until the deal end time.