Many Xbox gamers may be focused on the upcoming Xbox One exclusives that are about to be announced at E3 2013, but some of you will have other things on your mind – specifically the imminent release of highly regarded open-world zombie game, the State of Decay. The Xbox Live Arcade game is due out this week, on Xbox and we have an excellent gameplay walkthrough to prepare you for the full game.

Some of you may be thinking, not another zombie game coming out. State of Decay differs however, in the fact that gameplay largely focuses on open world combined with building bases, gathering a community and securing resources as you progress, rather than just all-out non stop zombie action that is focused on the combat.

The game is being developed by Undead Labs and is expected to be one of the games that will be playable on Microsoft’s E3 2013 show-floor from June 10. Although a solid release date hasn’t been confirmed yet, it looks like a full release may come on June 5th, and will be priced at $20 or 1600 Microsoft Points from the Live Marketplace. 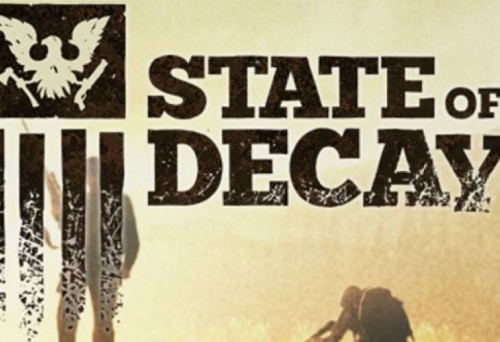 To give you an idea of how this particular zombie game will differ, check out the excellent walkthrough video above, that has been provided with added commentary courtesy of IGN. The video gives you an introduction to the game, showing some basics on how you’ll need to move around recruiting other surivors and start building bases to protect yourself from the next zombie attack.

Above is episode one of IGN’s 15 minute State of Decay walkthrough, but you’ll be pleased to know that part 2 is already available for viewing here once you have finished up with the video above. Being priced at $20 means that the game is now in the same price range as the likes of The Walking Dead – another huge zombie-based hit on Xbox Live Arcade.

Will State of Decay end up better though? The game is considered to be a taster from Undead Labs, with a fully fledged MMO known as Class4 releasing at a later date on Xbox 360 and PC. Watch the gameplay above and let us know if you will be paying $20 for this or not.