If you haven’t quite got around to playing Blizzard Entertainment’s hugely popular real-time strategy game StarCraft II — which released back in July last year – yet, then now might be the ideal time to give it a go. The developer has just announced the launch of the new free-to-play StarCraft II: Starter Edition, which has in fact replaced the previously available demo.

As noted over on the us.battle.net website, all players need for the free-to-play StarCraft II: Starter Edition is a connection to the Internet and a Battle.net account. Those who sign up for the StarCraft II: Starter Edition will be allowed access to the first four missions of the game’s single-player campaign, including Mar Sara 1-3 and a choice of either Dr. Hansen’s first mission or Tychus’s first mission.

It will also provide them with access to the first two Challenge Missions: Covert Ops and Tactical Command and the terran race in Single-Player vs. AI and Custom Games, as well as access to custom maps such as High Orbit, Shattered Temple, Discord IV and Xel’Naga Caverns. Any achievements or campaign progress they earn while playing the Starter Edition will be automatically saved onto their Battle.net account.

This of course means that if players then choose to upgrade to the full version of the StarCraft II: Wings of Liberty game, their achievements and progress will carry over. The custom game and multiplayer maps could be cycled from time to time. In addition, Starter Edition players will also be able to view their profile, ladder and achievements pages.

StarCraft II: Starter Edition players will only be able to play up until the 4th campaign mission, and most of the Challenge Missions will be unavailable. They won’t be able to use versus, co-op matchmaking, chat channels, most custom maps and the party system either. Although there are only 4 maps available at this stage, another will be made available soon.

Will you be signing up for the free-to-play StarCraft II: Starter Edition? 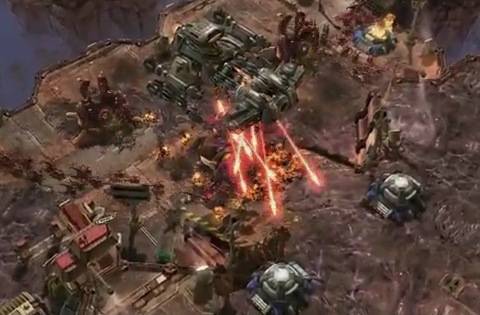