We have some great news for those of you who still havent bought Starcraft II now, as we are pleased to confirm that Blizzard has just released a demo for the game, giving you a generous preview of what is on offer.

As reported from Joystiq, the demo is available to download now, and also has support for Mac computers. The demo won’t offer a sample of online play, but Blizzard make up for that with three full campaign missions for you to try out.

Furthermore, you’ll be pleased to hear that you won’t need to sign up for a Battle.net account to play it, so as long as you have the minimum system requirements, just download the file and you’re good to go.

You’ll find the download up at this link. Let us know if you plan on downloading it. For those of you who already have the game, would you recommend a purchase for those who are still undecided? We received a lot of feedback from you over a article which talked about the lack of content in the game – you can see it again here if you missed it. 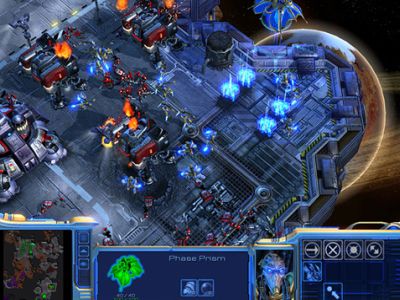 We’re glad Blizzard has put the demo up, as although Starcraft remains a hugely popular franchise, there are still a good few who have never even heard of the game. You may have missed out on the first Starcraft, but don’t miss out on this free demo.

Let us know your thoughts after playing the three campaign missions.