We have some great news now for those of you who play the real-time strategy game StarCraft II: Wings of Liberty, as Blizzard has just released a new patch. A number of visual tweaks and a few highly-requested features – such as Battle.net chat channels – have been included in the 1.2 patch.

According to a recent article by Tamoor Hussain over at computerandvideogames.com, version 1.2 will now allow players to join others in both private and public channels. The patch has also added features such as Stalemate Detection, an Extreme Graphics option and Customizable Hotkey Support. 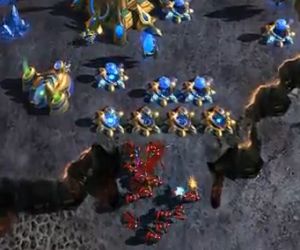 The Battle.net features that have been added to the game with the 1.2 patch include in-game help, an option that allows you to auto-join previous private channels and an option to prevent any chat channel text from appearing in the in-game chat display.

Several areas of StarCraft 2 — which according to Jay Acevedo over at gamefocus.ca has recently been nominated for an award at the 11th annual Game Developers Choice Awards — have been improved with version 1.2, including improvements to the help dialogue’s tech tree.

You can read the full list of changes via the CVG website here. Have you been enjoying playing the StarCraft II: Wings of Liberty game?