What is going on with the Starbucks app right now? Users have been sent emails asking them to upgrade to the latest version of Starbucks app on Android, as their current one is apparently going to stop working on February 17, 2016.

We’re not entirely sure is going on right now, but for sure we’ll press for answers. The big problem is that there is no new version of Starbucks on Android, so some users are worried that this may be a new Starbucks email scam being circulated.

A copy of the email image can be shown below as an example of what you may have seen hours ago. The Starbucks app version is currently at 3.4 and that relates to both Android and iOS. 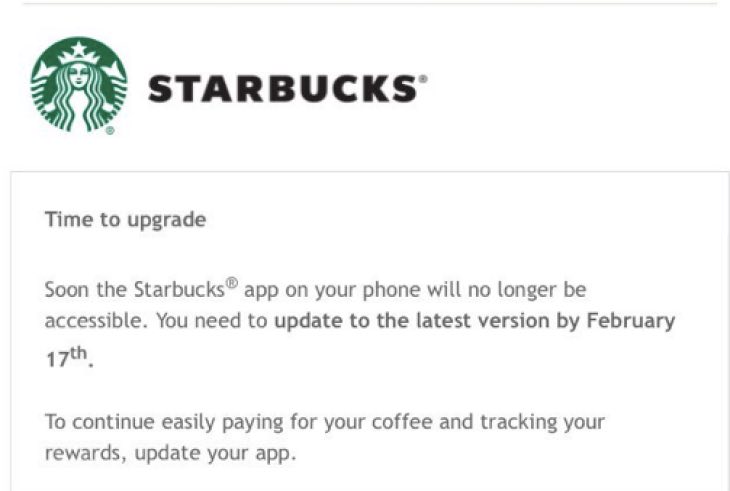 The app hasn’t received an official update since the end of January, so this is obviously causing a lot of stress right now. Why would Starbucks send out these emails telling customers to update when a new version isn’t available?

We’ve had a quick look at the official Starbucks Twitter page and there’s nothing about a new version being prepared for February 17, so stay on your toes for now.

Did you receive the same email below and are looking for answers? Leave us a comment below and we’ll update you when we have more.